Earthworks are the deliberate movement of large amounts of earth to create features such as embankments, ditches or walls. Today they are often created using bulldozers or other heavy earth-moving machinery, affecting significant amounts of archaeological material. We can exemplify this with a look at Palmyra, Syria (Slideshow 1).

Slideshow 1: The first satellite image shows the northern section of the World Heritage site of Palmyra in Syria, specifically the cemetery to the north of the main site in September 2010. A road goes around the edge of the cemetery, and a sports track has been built on it by the local townspeople. A number of excavated burial structures are visible, and many more surround them. In the image dating to February 2014, a banked road (marked in blue) has been bulldozed across the cemetery, directly through several tombs. Another berm (a wall of dirt) has been bulldozed along the northern and eastern edges. Five small earthwork emplacements are visible in and around the sports track, affecting more tombs, and a more complex set of earthworks is to the west (marked in blue). In the north-east of the site a small vehicle park (blue) has been created in the southern range of a mortuary complex (red). To the north-west of the image, a section of a berm that encircles much of the perimeter of the site is visible. The satellite images were taken by DigitalGlobe, and viewed on Google Earth. 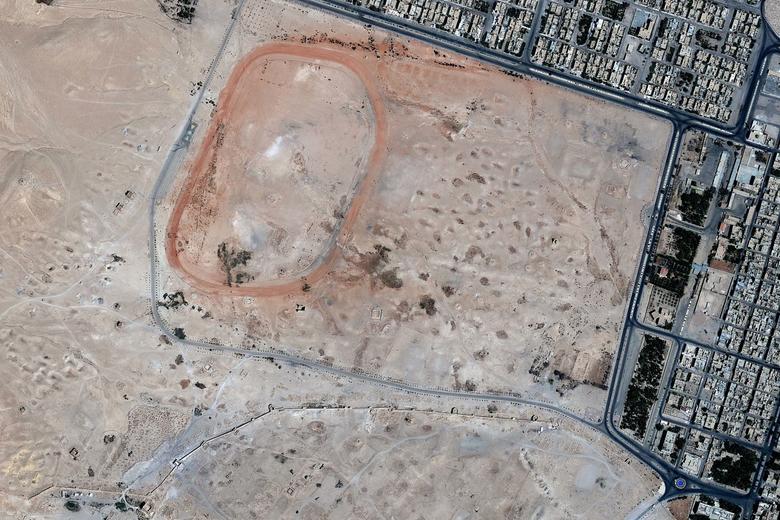 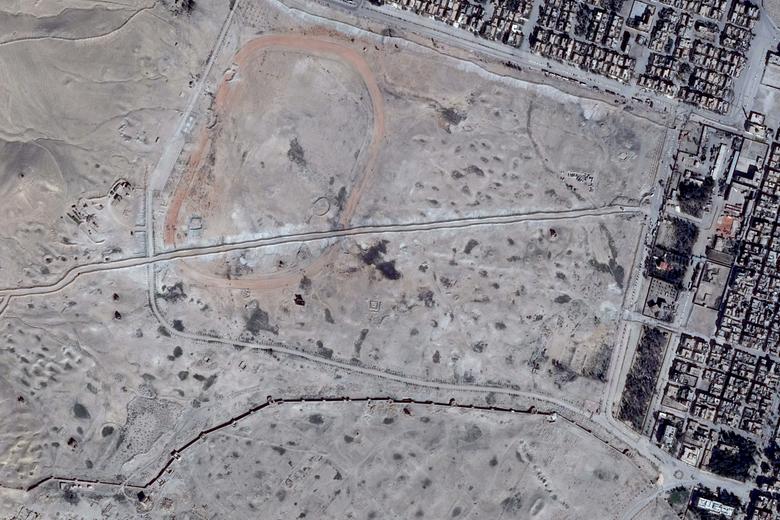 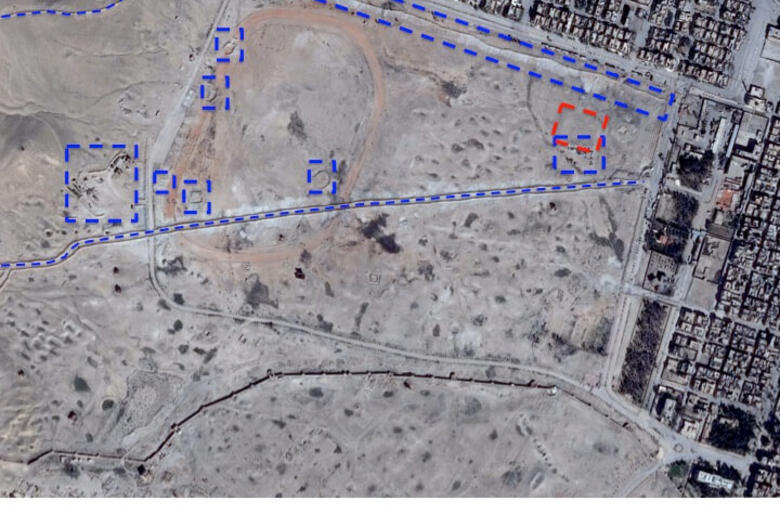