The creation of modern cemeteries on ancient sites is a common practice in the region being investigated by EAMENA. In addition to preventing archaeologists studying the sites, it requires the digging of multiple pits, often at least 6 ft deep. It is particularly common on ancient Bronze Age mounds, also known as tells. Here is an example from Mazala, Syria (Figures 1–2).

Figure 1 (copyright E. Cunliffe July 2010) shows the cemetery on the site of Mazala in Syria.  (Mazala is site LCP 11 in the Land of Carchemish Survey, carried out by Durham University). 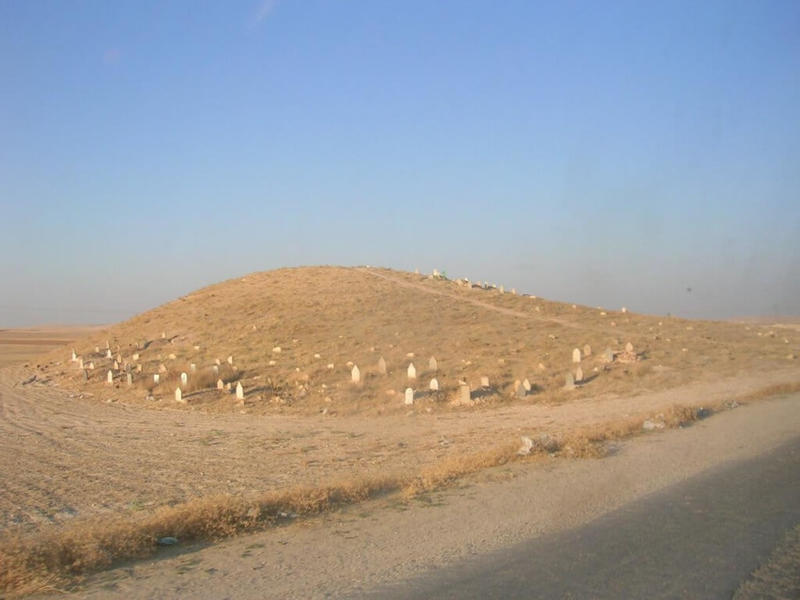 Figure 2: On satellite imagery, graves often appear as small oval blobs in repeating lines, seen in Figure 2 on a DigitalGlobe image of Mazala on Google Earth, dating to September 2009. 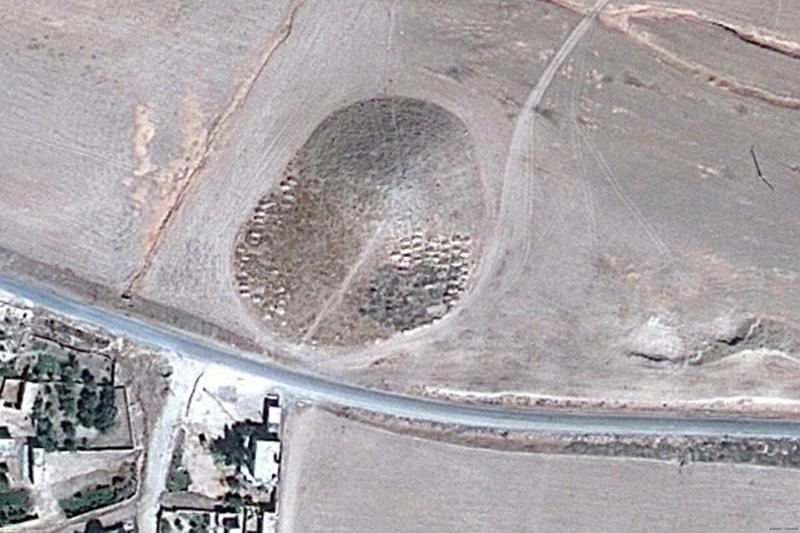