The planting of an orchard can cause damage in two ways. Some orchards are composed of trees planted in individual holes a metre deep, destroying the upper level of the site in that area. Other orchards contain very small trees, but need the area to be cleared. As the trees grow, the roots will interconnect, destroying the rest of the upper levels. This satellite image from June 2010, and a photograph taken just a month later, shows new orchards (marked in blue) planted in the ancient town of Serjilla, one of the World Heritage Ancient Villages of Northern Syria (Figure 1). The Directorate-General of Antiquities and Museums, the Syrian antiquities authority, has been working hard to implement protection measures for sites against threats like this. 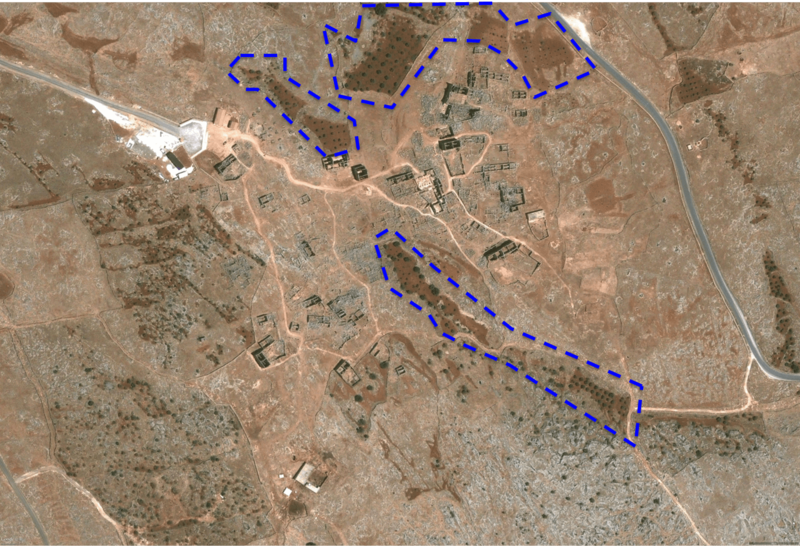 Many orchards are much larger, such as this orchard on Bu Njem Roman Fort, in Libya (Figure 2). The satellite images (DigitalGlobe, viewed in Google Earth) show a well-developed orchard (marked in blue) to the north of the site (marked in red) in March 2006. By 2012, the fort is surrounded by new, industrial-scale orchards (marked in blue). Each spot in the grid to the south and west of the fort is a deep hole, dug for a new tree. Many are overlying or within ancient buildings surrounding the fort. Orchards are extremely damaging and destructive to the upper levels of sites, and, in particular, to archaeological features or sites that sit on the surface.

Whilst removing surface or subsurface features, orchards can, in some cases, also act to protect archaeological sites that have several metres of buried deposits; other forms of land development can cause far greater damage. Although sites with planted orchards may no longer be accessible to archaeologists, they are, at least for a time, protected against irreversible destruction and damage. 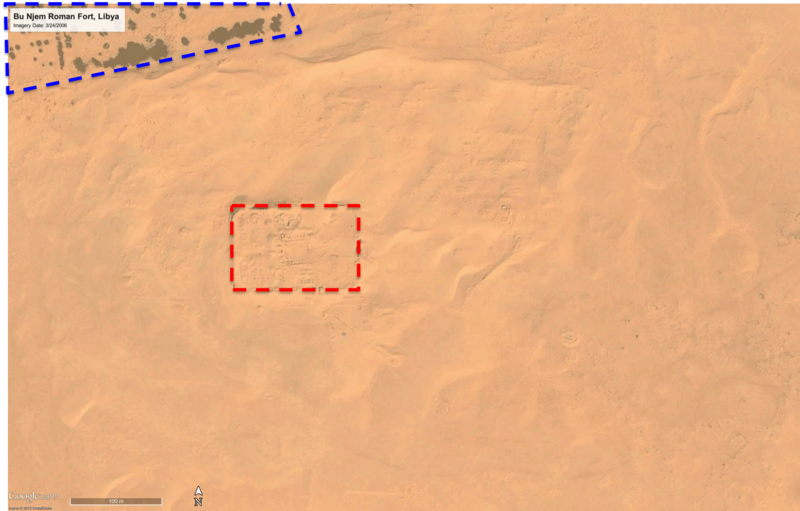 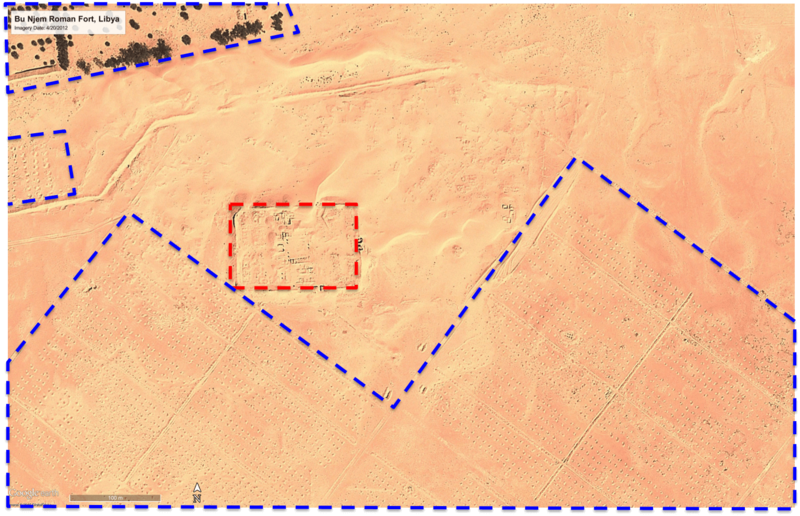