Trenching refers to the excavation of trenches for the construction of, or for an existing, canal, major irrigation channel, pipeline, aqueduct or sewage line. These trenches are deep and cut through any archaeological remains, often seriously disturbing or even destroying them. However, in some cases, trenching can be beneficial. In areas where there have been considerable changes in the ground level, it can help archaeologists find long-buried sites that would otherwise have remained unknown. In some projects, significantly longer trenches are excavated. In the North Jazira, in Iraq, trenches across an area several hundred km² were excavated in the 1980s as part of the construction of new irrigation canals and pipelines, and their associated infrastructure (see Channel Irrigation). An example from the UK is shown in Figure 1. 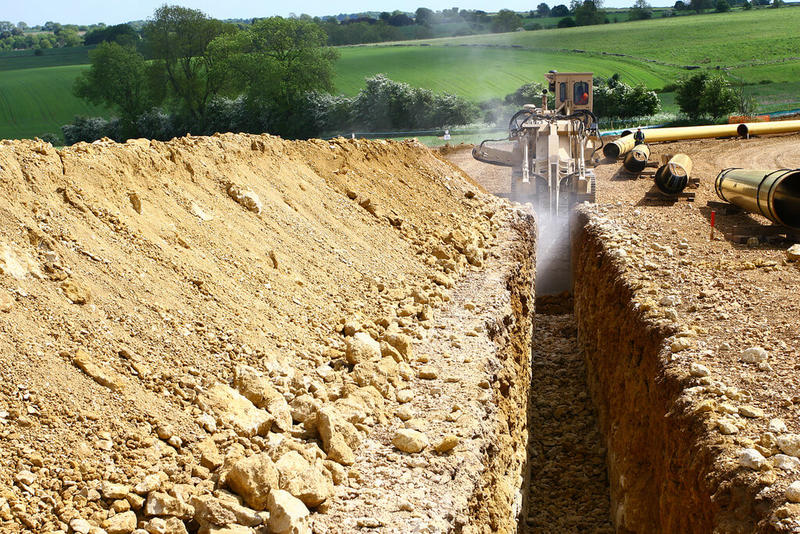