As the conflicts in the Middle East and North Africa stretch on, many people have been forced to flee their homes and have been placed in refugee camps. Some of these camps are now becoming permanent settlements with roads, a market street, and even coffee shops. The oldest UN refugee camp was built in 1948, and the people in it still dream of returning home. One new refugee camp is Zataari, in Jordan (Slideshow 1, Figure 1), which at its peak (July 2013) was estimated to house 144,000 people, although the 2015 estimate is nearer 83,000. 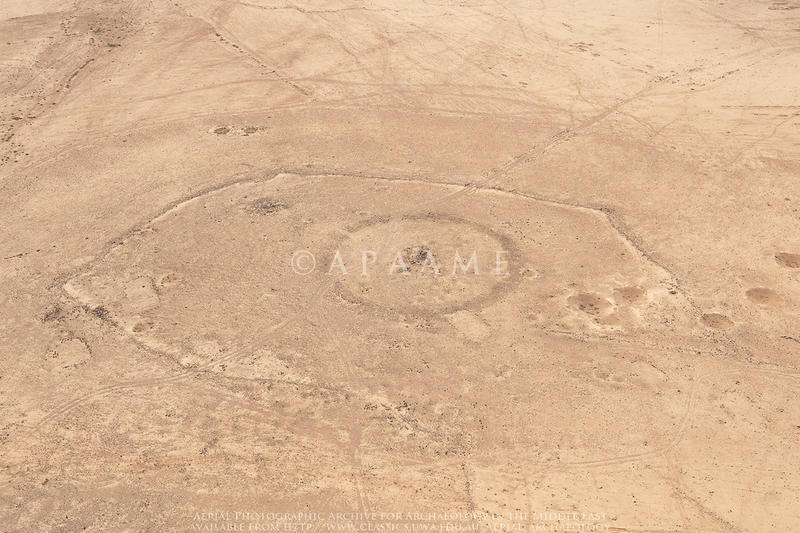 Slideshow 1 (below): Two images of the Zataari are presented. In the first, several stone enclosures and kites (drystone-walled areas for hunting animals) are visible on DigitalGlobe image satellite imagery from 2004. These structures were cleared to make way for the camp, seen in the 2014 DigitalGlobe image.