Ploughing sites disturbs any archaeological layers close to the surface, and also allows wind and rain to erode the site as the protective layer of topsoil is churned away. Ancient methods of ploughing created relatively shallow furrows, and were unable to reach many sites as they were too high and steep, or the archaeological soils were too dense. This remained the case until tractors became more common in the latter half of the twentieth century. Three instances of agricultural impacts are shown in Figures 1–3.

Figure 1: The site of Tell Farfara (Wilkinson 2000) in Syria (marked in red), as seen on a June 2010 DigitalGlobe satellite image on Google Earth. The lines across the site, and in the fields around it, are plough furrows.  At its highest point in the centre, the site is 13 metres high, but is still ploughed, demonstrating the effectiveness of modern machinery. 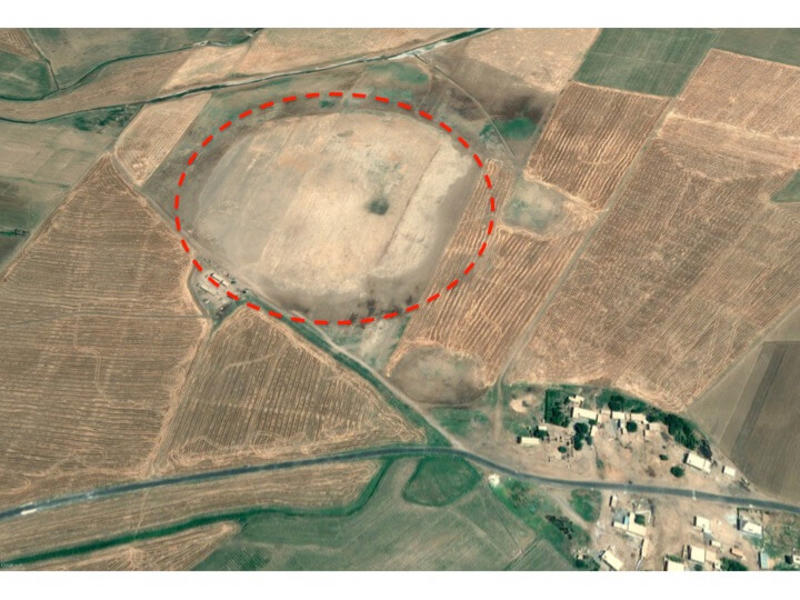 Figure 2: Proximity of ploughing to sites can compromise their integrity and accelerate site damage due to exposure, as seen in this 2013 aerial photograph of the site of Kefeir Abu Sarbut in Jordan (APAAME_20130414_MND-0315 Kefeir Abu Sarbut 2). 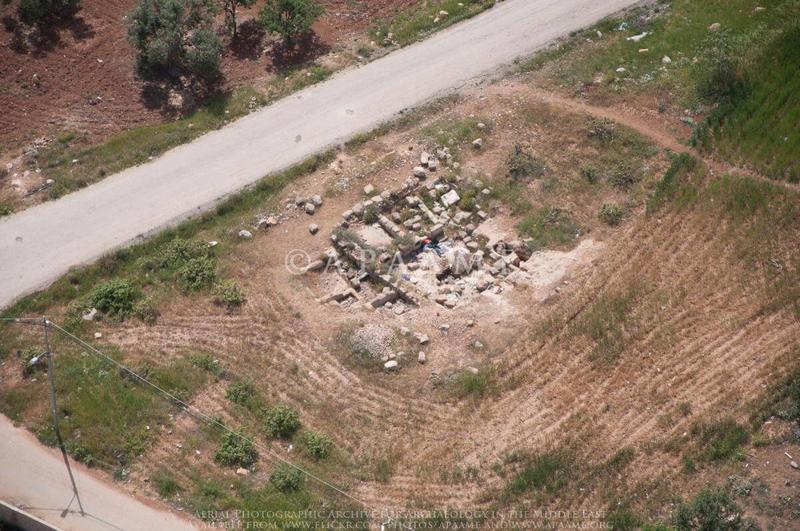 Figure 3: A 2014 aerial photograph of the site of Udhma in Jordan (APAAME_20141012_REB-0095 Udhma). The area around one section of the site is completely ploughed, whilst the other half has been destroyed to plant an orchard. 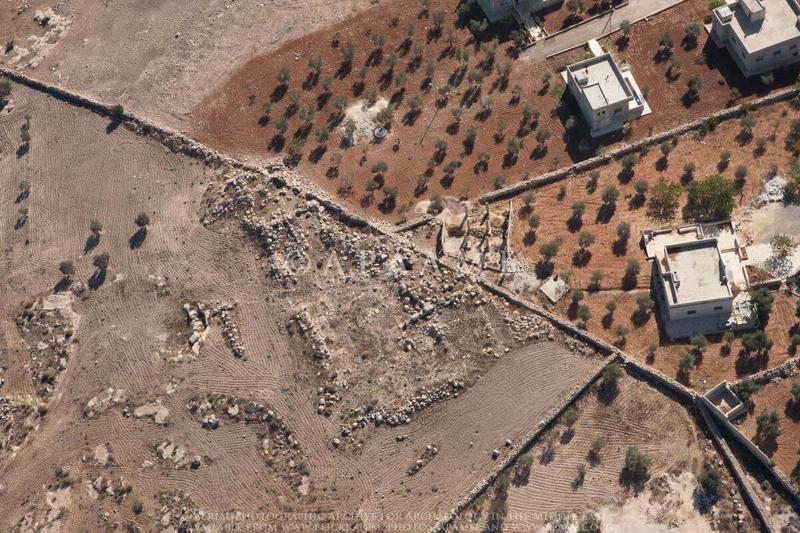