EAMENA draws on the output of two aerial archaeology projects connected with the University of Oxford and established by members of the EAMENA team. The AAJ (Aerial Archaeology in Jordan) project has undertaken annual aerial reconnaissance expeditions for 20 years, in conjunction with the Royal Jordanian Air Force, to collect up-to-date images of the landscape and archaeological sites of Jordan. These images are then digitised and stored in the APAAME archive (Aerial Photographic Archive for Archaeology in the Middle East), along with digitised historic collections of aerial photographs throughout the Middle East.

In 2015 and 2016 EAMENA team members conducted fieldwork in Morocco, Jordan, Lebanon, Libya and Oman and they regularly attend conferences and workshops to give papers or join panels in these countries. Having identified sites via satellite imagery the team sometimes get the chance to visit the site on the ground and here is a photo of an ancient winery in Jordan, taken by one of the team during fieldwork in May 2016, after having first spotted the site on Google Earth at their desk in Oxford. 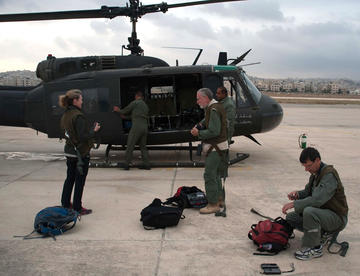 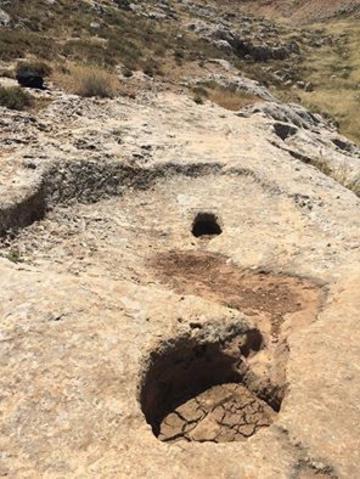