The city and people of Beirut were rocked by a massive explosion at the port on the 4th of August 2020. This tragic event resulted in 190 deaths and more than 6000 injuries, as well as severe damage to homes and infrastructure, with nearby buildings flattened and glazing damage reported up to 10km away (Amos and Rincon 2020). With some of Beirut’s oldest and most culturally significant neighbourhoods located so close to the port, the city’s urban heritage has also been severely affected. The EAMENA project has sought to support Lebanon’s Ministry of Culture and Directorate General of Antiquities (DGA), our long-term partners. A two-day remote workshop through a training scheme funded by the British Council’s Cultural Protection Fund in August was adapted to include the emergency condition assessment of urban heritage, and a GIS masterclass on sourcing, downloading, and working with data from Beirut. In conjunction with the Global Heritage Fund (GHF), another of our partners, training was also provided in the use of the GHF-developed AMAL in Heritage app, designed for the rapid documentation of at-risk cultural heritage.

Along with the DGA, EAMENA planned a project to rapidly document the worst-affected historical neighbourhoods. This utilised a specially designed emergency assessment form to record the condition of each building before and after the blast. The AMAL app was used, on iPhone devices supplied by GHF, to take site photos and upload electronic copies of the form to the Lebanon EAMENA database via HerBridge, a web-based platform linking the two. The fieldwork component of the project was recently completed. Remotely supported by the Durham EAMENA team, DGA staff spent two weeks working their way through the most damaged neighbourhoods nearest the port. 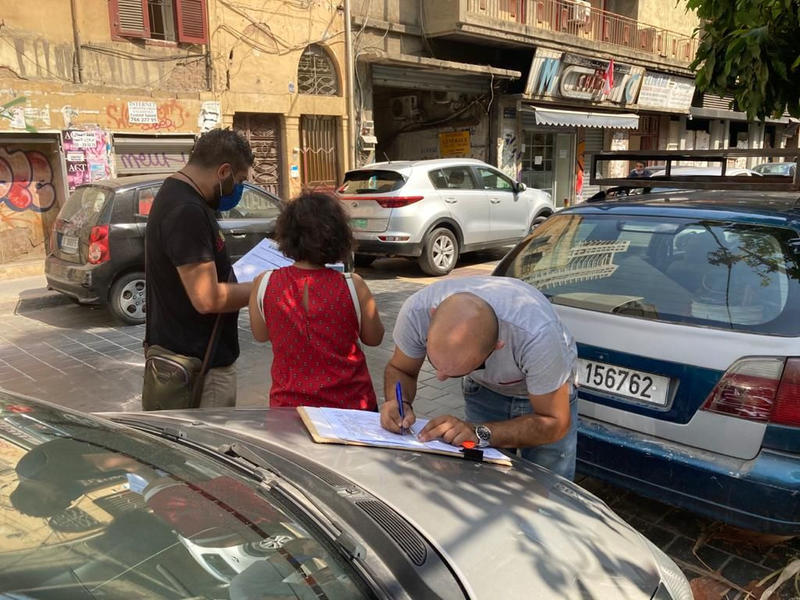 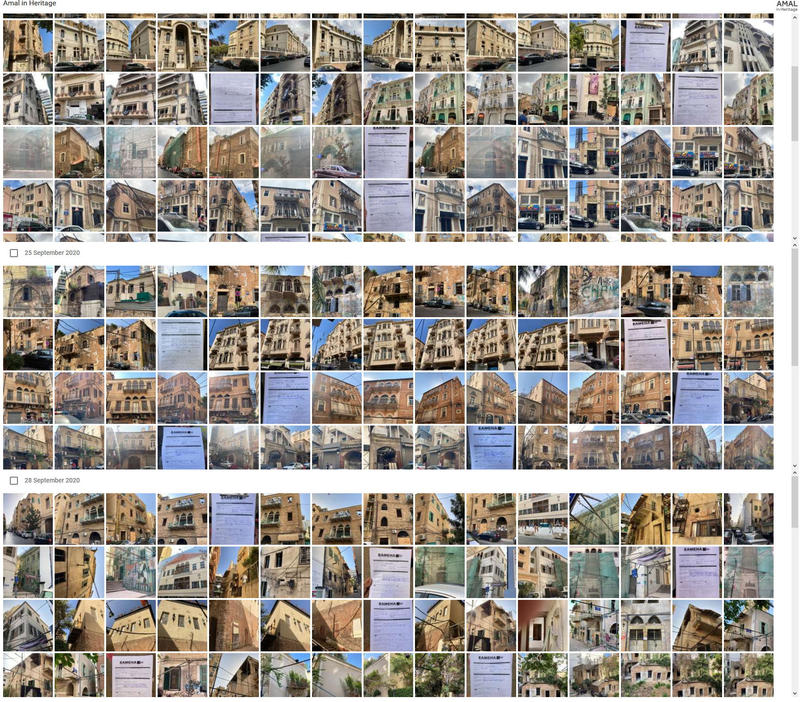 A small sample of the data and photos collected during the survey (DGA data, HerBridge screenshot).

The team have recorded over 200 houses in the Saifeh, Remeil and Medawar quarters of Beirut, concentrating mainly on the area between Charles Helou Avenue and Charles Malek Street. Now that the fieldwork has been completed, EAMENA will provide further training as part of the CPF-funded project and ongoing support to get this large dataset into the Lebanon database in its entirety. This will ensure that it can be used in any future assessment of Beirut’s built heritage, as well as any other efforts to help safeguard the city’s historical neighbourhoods. With other organisations such as Blue Shield Lebanon and ICCROM carrying out similar post-disaster work, EAMENA is keen to encourage greater coordination of these efforts. 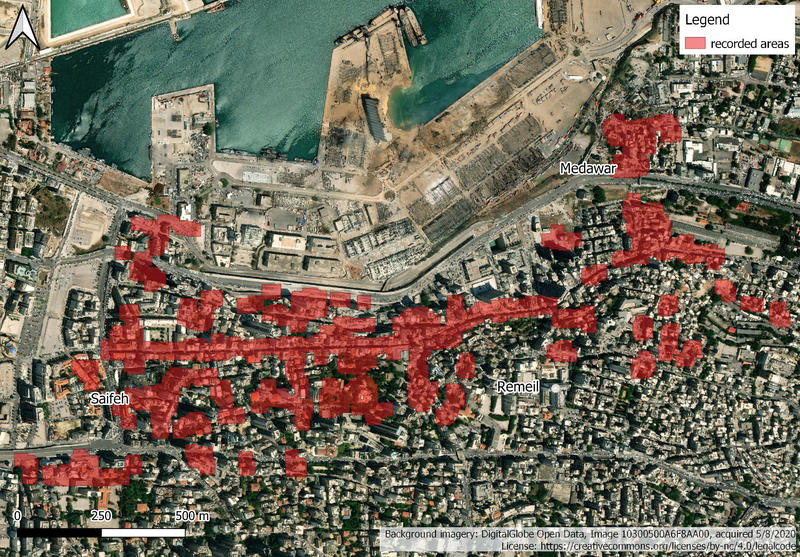