The International Conference for the History and Archaeology of Jordan (ICHAJ) occurs once every three years. It brings together the numerous teams working in Jordan in a forum to present their research, but also to discuss the challenges arising in the field. The theme of this year’s conference was ‘Ethics in Archaeology’.

When the theme was proposed in Berlin in 2013, it aimed to address some of the problems inherent in conducting archaeological work in Jordan. Archaeological remains are numerous, belong to multiple periods, and are scattered over a vast area. This has resulted in many challenges for both the Department of Antiquities and law enforcement agencies in the protection of these sites, in a country that must also prioritise the demands of rapid population growth and insecurity in neighbouring countries. Some of the points addressed at the conference included:

These concerns are not unique to Jordan and are applicable to the entire MENA region. 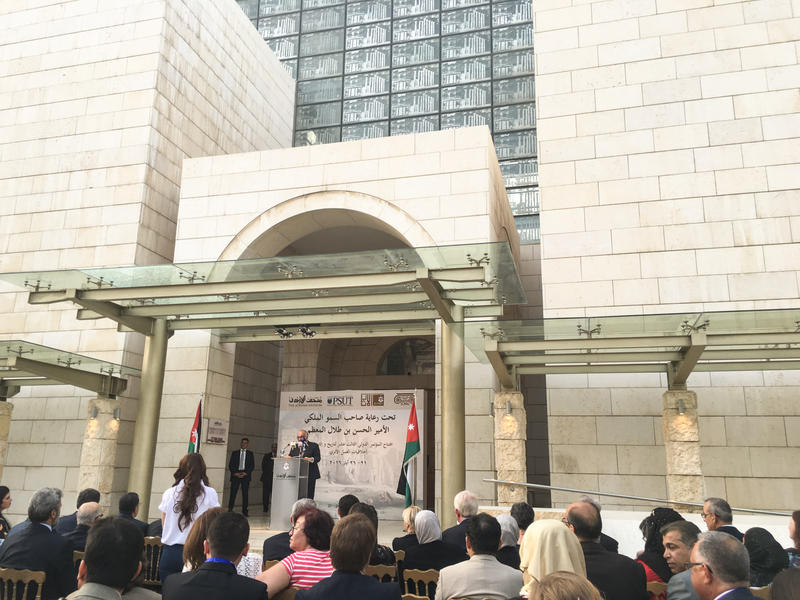 The EAMENA team presented three papers in total. Andrea Zerbini presented joint research he had conducted with Rebecca Banks, focussing on the development of collaborations between the EAMENA project and the Department of Antiquities to assess the landscape of proposed infrastructure projects, such as the Madaba Case Study (link to case study forthcoming), and the digitisation and geo-correction of published surveys for inclusion in the EAMENA database. These data (currently c.5,000 sites), have also been subject to a process of data amelioration, aimed at including detailed condition assessments obtained via the analysis of satellite and historical imagery. These data will be shared with the Department of Antiquities for inclusion in their national register of heritage sites (MEGA-Jordan).

Rebecca Banks also presented an individual paper specifically focused on the initial findings from the digitisation of photographs from the Sir Aurel Stein collection at The British Academy in London. She emphasised that the results of past archaeological projects need to be consulted, reviewed and published in a way that can be utilised and continue to benefit future research. She also noted that the use of older material such as written and photographic accounts, can provide valuable comparisons to assess change in the archaeological landscape and identify damage occurring to sites.

Director Robert Bewley presented the EAMENA project’s aims in the context of Jordan and sought to directly address the opening statements by His Royal Highness Prince Hassan bin Talal. HRH Prince Hassan requested that a Decalogue be drafted for the future of investigation and protection of heritage in Jordan, while emphasising that Jordan was not isolated from the region it is situated in. He stressed that Jordan’s shared heritage and culture demanded a regional approach to the investigation of its history and its protection against the many threats facing it today – something we at EAMENA wholeheartedly agree with and are working towards.

Other topics presented over the five days included: 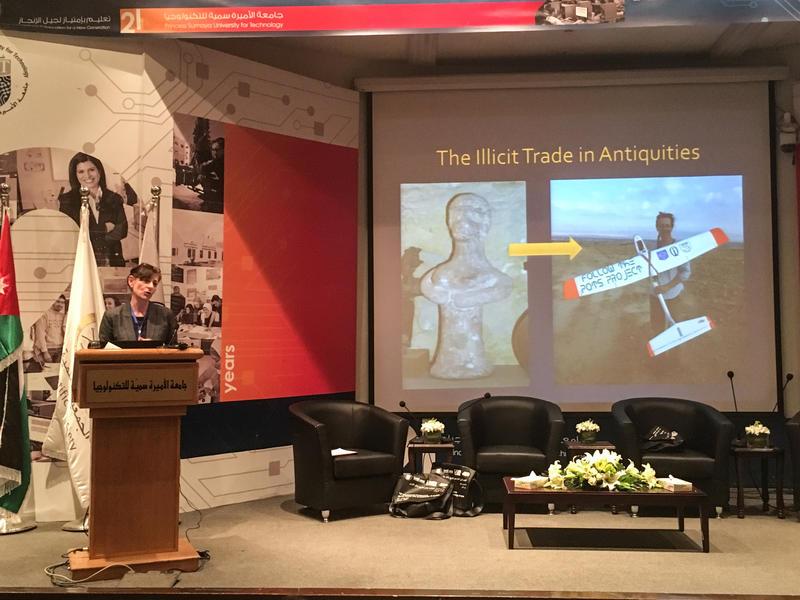 At the closing ceremony, EAMENA was honoured to receive a special mention in HRH Prince Hassan’s speech (read by HRH Princess Sumaya bint el-Hassan), which offered strong support for EAMENA’s approach to recording heritage across the MENA region, and which will be one of the inspiring principles for the next ICHAJ. The next congress, to be titled ‘Culture in Crisis’,  will be held in Florence in 2019.

Worthy of individual mention, the US Ambassador’s SCHEP funded the attendance of 15 Jordanian students who may have been unable to attend otherwise and provided simultaneous translation of all sessions at the conference between Arabic and English. This generous initiative ensured that the discussion and perspectives of local partners were heard equally alongside those of international colleagues, which was welcomed and appreciated by all who attended.