Animal trampling moves and breaks artefacts, and affects their visibility by churning up dust. Animals can also cause damage to stone-built structures, increasing the likelihood of collapse. However, grazing can be beneficial. During the conflict in Libya in 2011, shepherds were encouraged to graze their animals on the World Heritage Site of Leptis Magna in Libya, and to report any illicit activities there, discouraging looters and assisting in the protection of the site. Another example can be seen at site TBS 58 in Syria (Figure 1). 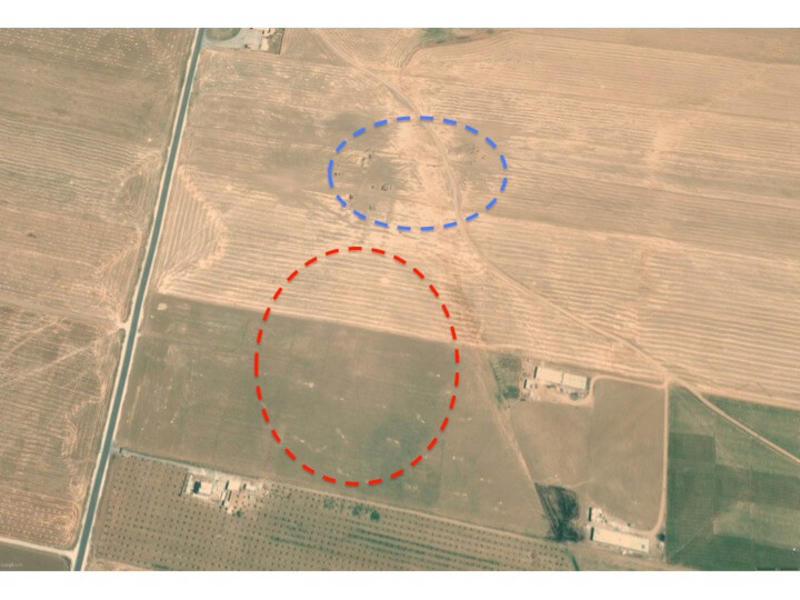 Figure 1: This June 2010 DigitalGlobe satellite image, from Google Earth, shows animals grazing around site TBS 58, in Syria (Wilkinson 2000). The site is a raised mound, identifiable in the bottom half of the image by the slightly darker ring at the base of the mound (marked in red). It is partly under irrigated cotton fields, and partly in a wheat field. Agricultural installations for the animals can be see just north of the site, and the sheep are clustered to the east of the track (marked in blue).