The power of aerial imagery and remote sensing data for investigating the past is something which has long captivated my interest. The insights an aerial perspective can provide, especially when thinking about the past at a macro landscape level, was one of the primary motivations behind opting to pursue a postgraduate degree in Landscape Archaeology. Having learned about the work of EAMENA during my undergraduate studies and keen to learn more about North African archaeology, the project was the clear frontrunner when it came to arranging my placement as part of my studies.

My primary focus with EAMENA was to undertake a project to investigate how archaeology has been and continues to be impacted by the Great Man-made River Project (GMRP). The GMRP was instigated by the Libyan government in the 1980s in order to alleviate water stress in Libya’s coastal regions by transporting water from aquifers beneath the Sahara, deep in the country’s interior. A significant portion of this pipeline passes through Tripolitania, a region known for its archaeological richness located in the north-west of Libya.

The UNESCO Libyan Valleys Survey (ULVS) was one of the first surveys which began to provide an indication of the vast geographical spread of the many archaeological sites densely scattered across Tripolitania. The survey, which recorded approximately 2500 sites, focused on a large region of pre-desert from Beni Ulid southwards, through which a section of the GMRP now passes. This made it an ideal starting point to assess both the direct and indirect impacts of the pipeline upon the region’s archaeology.

The initial stage of my investigation was to undertake the rapid analysis of Google Earth’s available remote imagery and historic 1972 KH9 satellite imagery to identify sites within a 1 km distance either side of a 60 km section of the pipeline, adding 374 sites to the 37 sites previously identified by the ULVS. With these combined datasets it was then possible to undertake the second stage of the investigation which was to assess the condition of sites along the pipeline, identifying possible instances of disturbance resulting from both anthropogenic and naturally occurring phenomena. Importantly, I also created a third category specifically for this case study for instances where disturbance could be linked directly to the GMRP. Sites with this category of disturbance were subsequently assigned to subcategories specifying either primary construction related disturbances for example bulldozing along its route, and secondary post-construction related disturbances such as the laying of irrigation pipelines and the subsequent intensification of agriculture. Of the total 411 sites identified within 1 km of the section of the pipeline, 34 instances of disturbance were attributed to activity connected with the GMRP, whilst a further 53 instances with disturbance not clearly linked to the GMRP were identified (Figure 1). 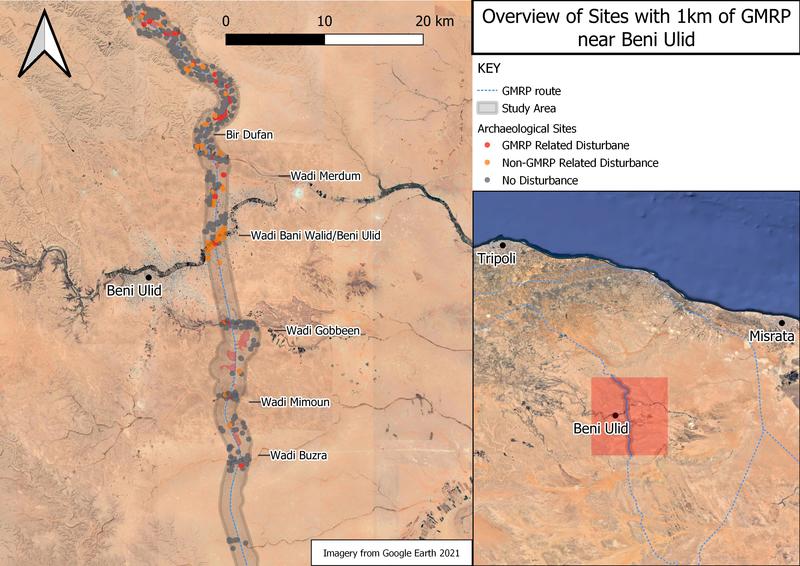 Figure 1: Map of study area showing the distribution of sites

Having compared the historic 1972 KH9 imagery with recent imagery, only a single instance of the total destruction of a site was identified along the 60 km section: a large enclosure close to Beni Ulid (Figure 2). Whilst only this single instance of total obliteration was identified, once the limitations of the low resolution KH9 imagery is considered alongside the apparent density of sites in region, it is almost certain that in reality the number of sites obliterated during the pipeline’s construction is significantly higher. In addition to those sites destroyed by construction, it was apparent that at least another 23 sites were likely to have been impacted during construction due to their proximity to the bulldozed areas flanking the pipeline which are still clearly visible in recent imagery.

Whilst the impacts related to the initial construction of the pipeline were expected, it was surprising to find clear evidence of disturbance to archaeological sites resulting from activity clearly associated with later use of the pipeline at 11 sites, accounting for approximately 1/3 of instances of disturbance linked to the GMRP. It is only possible to speculate on the factors behind this phenomenon, but the broad coincidence since 2009 of the expansion of irrigated agriculture with the civil conflict which has impacted Libya over the past decade, along with the haphazard appearance of connecting irrigation pipelines to the GMRP appears to indicate the opportunistic, unplanned and potentially unsanctioned extraction of water from the GMRP. 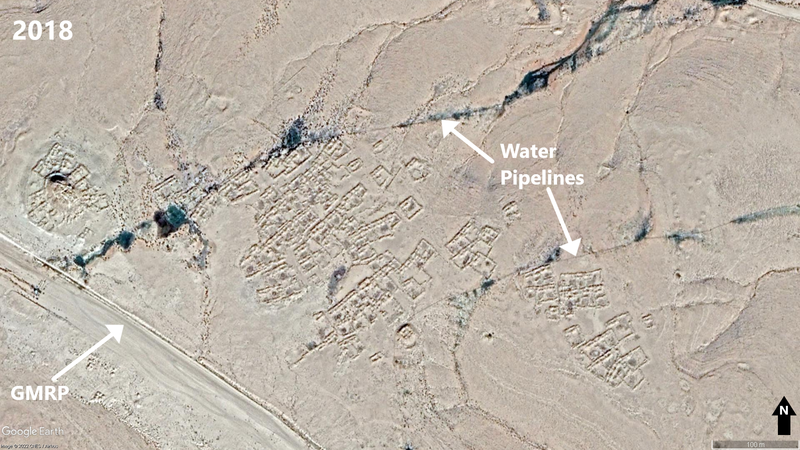 Prior to this investigation it was clear that the Great Man-made River Project had impacted upon archaeological sites in Tripolitania and across Libya more broadly, but there was a clear lack of information which provided a quantifiable assessment of the GMRP’s impacts upon the archaeological sites along its route. Whilst this investigation only encompassed a small section of the vast network of pipelines which make up the GMRP, it has provided a basis towards better understanding the impacts of the project and demonstrates that it should be possible with further studies to continue to develop this understanding. Furthermore, it has identified several apparently previously unnoticed activities relating to the use of the pipeline which appear to be impacting upon archaeological sites along its route which can help to inform strategies regarding the management of cultural heritage in the region.

Overall, my time with EAMENA has been a hugely formative and horizon broadening experience. It has enabled me to further develop specific skills and expertise relevant to a specialism which I hope to continue to pursue in future. It has also highlighted the potential for aerial imagery and remote sensing data to help expand our archaeological understanding and of its uses in informing heritage management strategies in the MENA region where EAMENA has been working with partners across numerous countries.

Through the course of my placement, I have also had opportunities to broaden my knowledge and experience in the applications of different approaches which utilise aerial imagery and remote sensing data, for example my introduction to the use of Google Earth Engine to apply machine learning approaches to automatically identify landscape changes which may impact upon archaeological sites. Working in an area outside of Britain where much of my previous studies have been focused has been a refreshing experience, especially working with aerial imagery and remote sensing data of desert landscapes. Following my placement, I am keen to continue to pursue my interest in North African archaeology, having developed a newfound appreciation of its diversity and scale in particular with regards to Tripolitania.