Looking back at the Jordan Valley

We have recently uploaded an important set of vertical aerial photographs covering the eastern side of the northern section of the River Jordan as Information Resource records on the EAMENA database. These photographs, taken in late 1930 by ‘B’ Flight of 45 Squadron of the UK’s Royal Air Force (RAF) while attached to 14 Squadron RAF, provide a unique insight into this landscape prior to more recent settlement development and agricultural intensification. We can use these photographs to identify archaeological sites that have not previously been documented, many of which have subsequently been covered or destroyed by later development.

The photographs were taken as part of a wider survey to inform the planned route of a railway line that was intended to join Baghdad with the Mediterranean port of Haifa. The transport route was never actually built, a casualty of the economic downturn following the Wall Street Crash of 1929 and the rise of the motor car as the preferred mode of transport, and attention soon turned to focus on developing a road connection instead. The photographs were used to create a set of six 1:24,000 map sheets (GSGS 3911), and two smaller-scale 1:50,000 topographical maps (GSGS 3939). While the photograph runs largely cover modern Jordan, there is a small amount also covering small parts of Syria, State of Palestine and Israel.

In total, 448 aerial photographs have been uploaded to the EAMENA database, covering an area of over 2,000 square kilometres (Fig. 1). While all of the images have research value, from an archaeological perspective, the areas that have been subject to the most intensive growth in settlement and agricultural intensification over the last 90 years have some of the greatest potential. Upstanding archaeological features, soil marks, and cropmarks may all indicate the presence of sites that are no longer visible on the ground today. Areas such as the Jordan Valley and the rich agricultural hinterland of Irbid (Fig. 2) are two such locations, and further research on these areas using this photograph collection will allow us and other researchers to feed new data on heritage sites and their changing condition into the EAMENA database.

You can apply to register to access the EAMENA database and openly access the uploaded aerial photograph collection here. 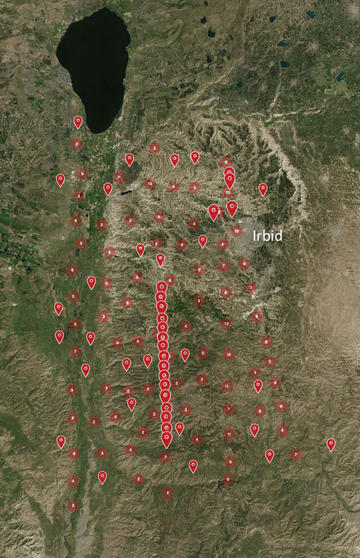 Fig. 1. The distribution of 1930 RAF aerial photographs uploaded to the EAMENA database. The Sea of Galilea can be seen in the top left of the distribution, with the River Jordan running down the west side, with Wadi Zerqa roughly marking the southern limit. 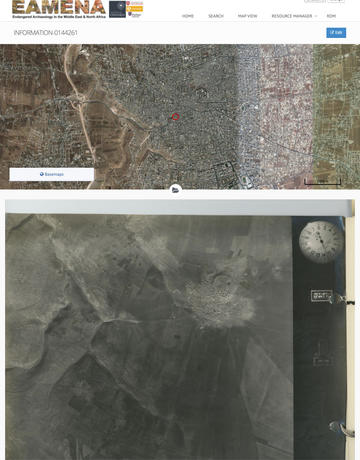 Fig. 2. An example of one of the aerial photographs (JORDAN_45B-SQN_JordanValley_Run-G_2543) and a modern satellite image of the area around Irbid above for comparison.