Archaeologists at the University of Oxford’s School of Archaeology have used satellite imagery to identify and map over 350 monumental hunting structures known as ‘kites’ across northern Saudi Arabia and southern Iraq – most of which had never been previously documented.

Led by Dr Michael Fradley, a team of researchers in the Endangered Archaeology in the Middle East and North Africa (EAMENA) project used a range of open-source satellite imagery to carefully study the region around the eastern Nafud desert, an area little studied in the past. The surprising results, published in the journal The Holocene, have the potential to change our understanding of prehistoric connections and climate change across the Middle East. 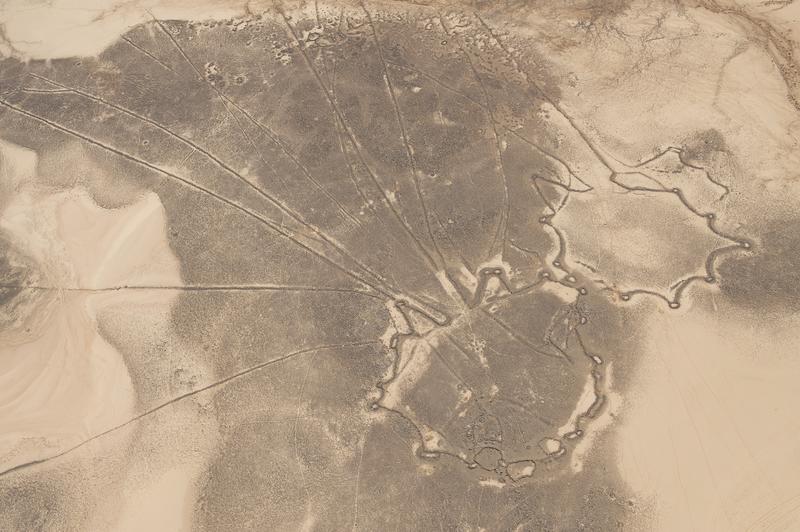 Termed kites by early aircraft pilots, these structures consist of low stone walls making up a head enclosure and a number of guiding walls, sometimes kilometres long. They are believed to have been used to guide game such as gazelles into an area where they could be captured or killed. There is evidence that these structures may date back as far as 8,000 BCE in the Neolithic period.

Kites cannot be observed easily from the ground, however the advent of commercial satellite imagery and platforms such as Google Earth have enabled recent discoveries of new distributions. While these structures were already well-known from eastern Jordan and adjoining areas in southern Syria, these latest results take the known distribution over 400km further east across northern Saudi Arabia and with some also identified in southern Iraq for the first time. 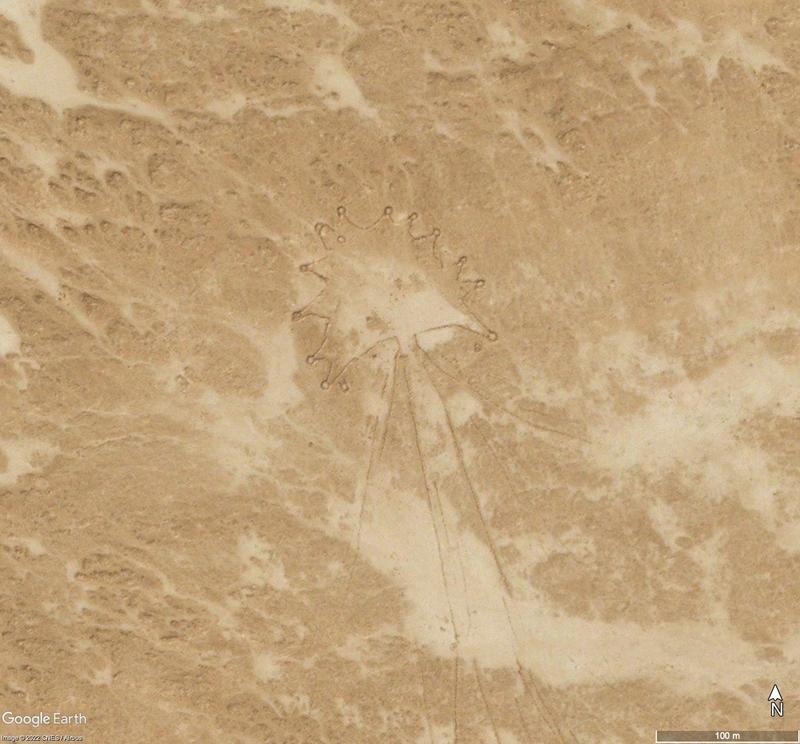 Dr Fradley said: ‘The structures we found displayed evidence of complex, careful design. In terms of size, the ‘heads’ of the kites can be over 100 metres wide, but the guiding walls (the ’strings’ of the kite) which we currently think gazelle and other game would follow to the kite heads can be incredibly long. In some of these new examples, the surviving portion of walls run in almost straight lines for over 4 kilometres, often over very varied topography. This shows an incredible level of ability in how these structures were designed and built.’

Evidence suggests considerable resources would have had to be coordinated to build, maintain, and rebuild the kites over generations, combined with hunting and returning butchered remains to settlements or camps for further preservation. The researchers suggest that their exaggerated scale and form may be an expression of status, identity and territoriality. Appearances of the kites in rock art found in Jordan suggests they had an important place within the symbolic and ritual spheres of Neolithic peoples in the region. 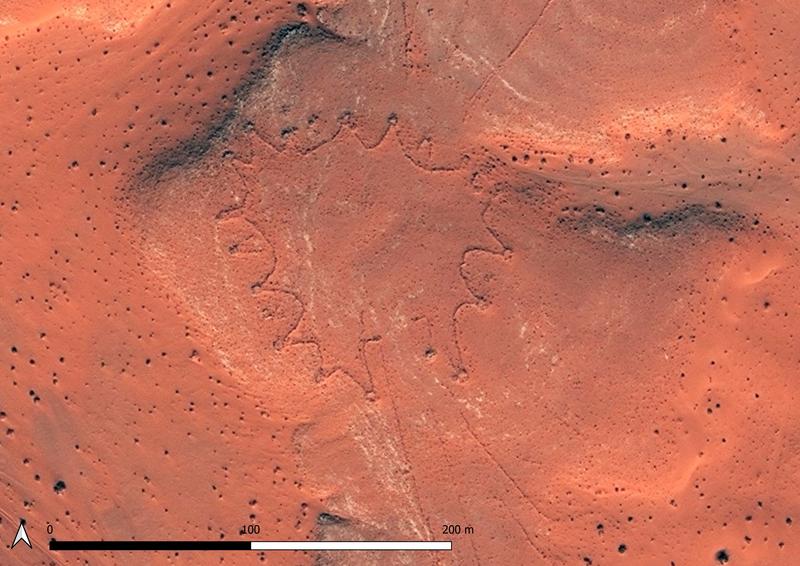 From the design of the kite heads to the careful runs of guiding walls over long distances, these structures contrast markedly in scale with any other evidence of architecture from the early Holocene period. The researchers suggest that the builders of these kites dwelt in temporary structures made from organic materials that have left no trace visible on current satellite imagery data.

These new sites suggest a previously unknown level of connection right across northern Arabia at the time they were built. They raise exciting questions about who built these structures, who the hunted game were intended to feed, and how the people were able to not only survive, but also invest in these monumental structures.

In the context of this new connectedness, the distribution of the star-shaped kites now provides the first direct evidence of contact through, rather than around, the Nafud desert. This underlines the importance areas that are now desert had under more favourable climatic conditions in enabling the movement of humans and wildlife. It is thought the kites were built during a wetter, greener climatic period known as the Holocene Humid Period (between around 9000 and 4000 BCE).

The largest number of kites were built on the Al Labbah plateau in the Nafud desert, where the absence of later Bronze Age burial monuments suggests that a later shift into a drier period meant some of these areas became too marginal to support the communities once using these landscapes, with game species also potentially displaced by climate change.

Whether the patterns of kite construction over space and time represent the movement of ideas or people, or even the direction of that movement, remain questions to be answered. 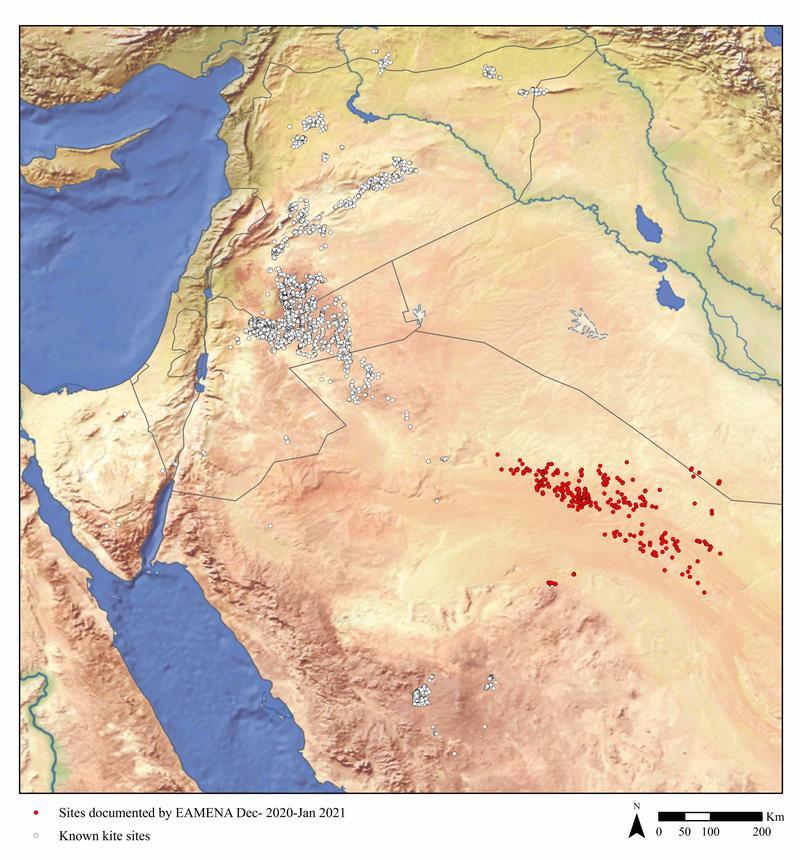 Bill Finlayson, Director of EAMENA and Professor of Prehistoric Archaeology at the University of Oxford, commented: ‘Desert kite research is a very active field just now - Michael and colleagues explore a significant extension to their distribution pattern, which has major implications for our understanding of the relationship of the kite builders with new mobile pastoralists and the occupation of the region.’

The project, supported by the Arcadia Fund, is now extending its survey work across these now arid zones to further develop our understanding of these landscapes and the effect of climate change.

The study Following the herds? A new distribution of hunting kites in Southwest Asia is published in The Holocene.