We spend a lot of time talking about how we can record and protect archaeology in the Middle East and North Africa, but in this blog post I want to present a different approach that we have been experimenting with during an archaeological survey project in the Wadi Draa, Morocco. In 2016, we put together an exhibition on new findings, heritage potential and risks based around our Middle Draa Project which is a collaboration between one of EAMENA’s directors, Professor David Mattingly (University of Leicester), and Professor Youssef Bokbot (INSAP, the Moroccan antiquities division). 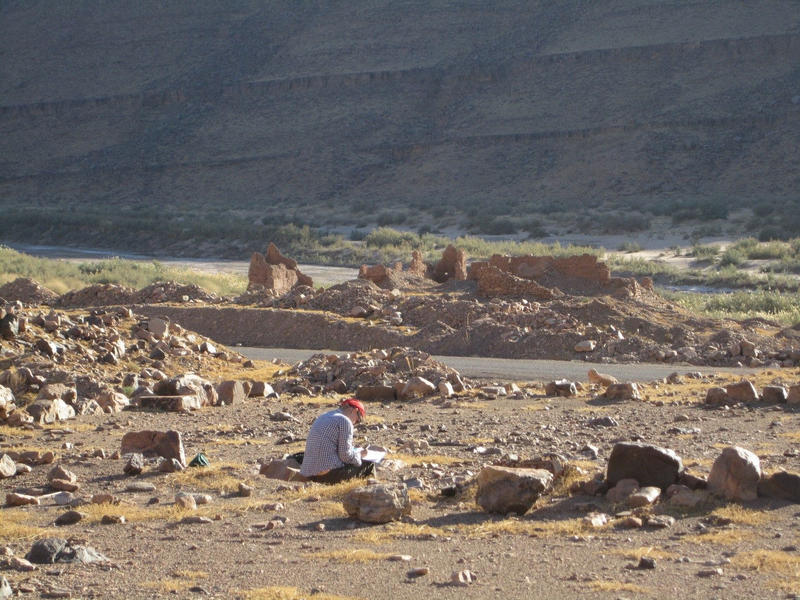 The Wadi Draa is the only river that flows continuously south into the Sahara. Since 2015, a team from Leicester has been conducting a survey of the ancient and medieval archaeology that is found in the hills either side of the valley. I have been working in North Africa for the last 10 years and the archaeology of this region is amongst the most spectacular that I have witnessed. We have found tombs with painted figures and decoration, an entirely unknown phase of major settlements dating to the first millennium AD, and the ruins of several medieval towns. None of these have ever been documented in detail apart from a few outdated and obscure articles.

But, like many regions of the Middle East and North Africa, much of this amazing archaeology is under threat from expanding housing, infrastructure projects, and clandestine excavations. Most tragically of all, one of the medieval towns we recorded was recently badly damaged by people robbing stone from the site, systematically dismantling many of the standing walls and leaving vehicle tracks across the buildings. We reported these instances of damage to the local authorities (INSAP), but emphasised that this was not the result of malicious action. A lack of local awareness of how unique and incredible these remains are not only in Morocco, but across North Africa, has unfortunately indirectly led to their destruction. 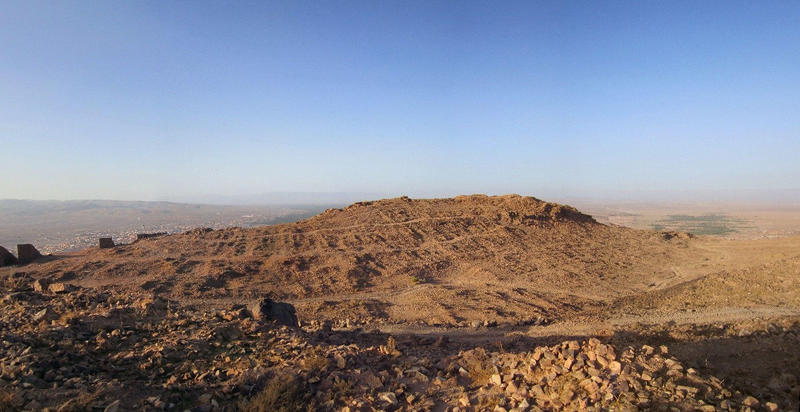 One of the most rewarding aspects of working in the Wadi Draa is the sense of pride that people have in their culture and history (and food!). This damage was therefore an opportunity for us to empower the local communities with information that they could use to make decisions about their heritage and to communicate our findings first-hand.

Thus, thanks to the support and encouragement of our Moroccan colleagues and a grant from the University of Leicester, the Wadi Draa, a Unique Heritage at Risk exhibition was conceived. From the start, we knew that we wanted to make something that was accessible and inclusive for the communities of the Wadi Draa. This meant that all the text had to be in Arabic and French (and no English, which was a personal challenge for me), ensuring that the exhibition was engaging for both children and adults, and designing it so that it could be easily relocated. This last point was especially important because the part of the Wadi Draa we are working in, known as ‘le coude du Draa’ or ‘the elbow of the Draa’ is 190 km long (from Agdz to Mhamid) with villages and towns along its entire length. If we were to be inclusive and accessible, we needed something that could go to the people and not simply be exhibited in an urban centre.

To accomplish this, we created an exhibition of 12 pop-up panels that are easy to transport and assemble. As we did not know in what spaces the exhibition might be set up or who would be responsible, the panels were colour-coded into three themes that could be arranged in any manner – the History of the Draa, Life and Death in the Draa, and Heritage in the Draa. At this point, I must acknowledge our great debt to our designer, Dr Amy Jane Barnes, who was the driving force behind turning our idea into reality. We are also grateful for the support of colleagues in the School of Archaeology and Ancient History, and in Museum Studies at the University of Leicester. 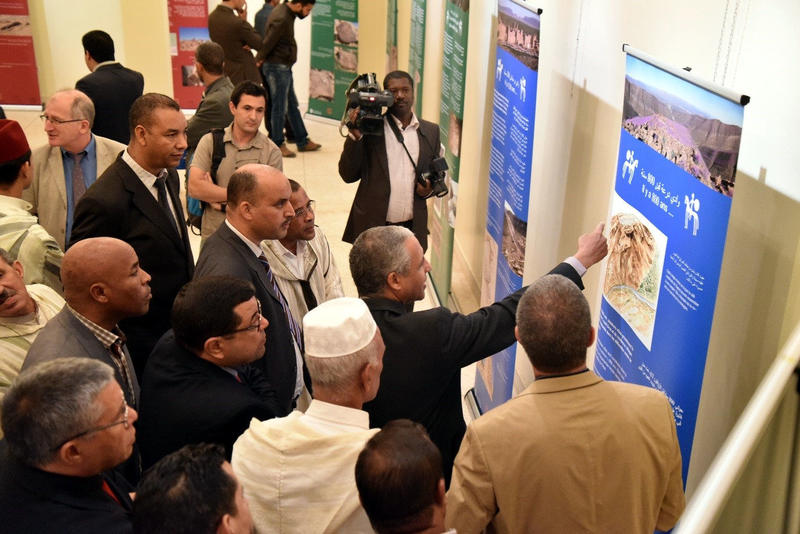 Not only was the exhibition helpful for us to engage with local government officials and facilitate dialogue between them, heritage professionals, and local stakeholders, but it was also open to the public and seen by many school children, tourists, and other interested parties. One of the most gratifying outcomes of the exhibition was that it encouraged people who had seen it to come and talk to us. We could then share our different perspectives on and knowledge of the archaeology together. They were able to help guide us on which aspects of heritage were of greatest interest and which areas and periods we could help them research. It also supported the intersection of various networks of interested parties in the Wadi Draa. For example, at the end of our field season, Professors Bokbot and Mattingly held a public meeting with heritage stakeholders (civil society groups and teachers) where they had the chance to look at the exhibition, hear another lecture and ask questions.

After we left, the exhibition headed to Ouarzazate in the north and then was due to start touring the villages of the Draa. It will be especially interesting to find out from the visitors’ book what people think about the exhibition, our fieldwork, and their archaeology when next we return. The experience has also taught us a lot about how we can conduct archaeology outside the UK so that it is first and foremost for the people of the region rather than for publications and funders. I don’t know where the exhibition is right now, hopefully inside an old Kasbah or a school room (let us know if you find it!).