Protecting the Past 2 in Sulaimani

Towards a better future with cultural heritage

Since the beginning of the Endangered Archaeology project it has been our aim to try and widen participation in cultural heritage discussions and to shift the focus away from events held in western institutions, and emphasise the importance of hosting events in the universities and museums of the MENA region. With this goal in mind, the Protecting the Past series was set up in order to enable local audiences, who are often unable to take part in the international congresses on these subjects in Europe and North America, to participate and attend. To this end, from the 30th–31st October 2016, EAMENA partnered with the American University of Iraq in Sulaimani and the University of Sulaimani to organise the second conference in the Protecting the Past series entitled, ‘Towards a better future with cultural heritage’ in Sulaimani, Iraq.

Key for this year’s event was also the partnership with the European Union’s delegation to Iraq and the financial support of the Barakat Trust and G.A. Wainwright Fund of the University of Oxford. Over two days, twenty papers in Arabic, Kurdish and English were presented by specialists from all parts of Iraq, as well as from Britain, Iran, Portugal, Turkey and the US. Two round table discussions were also staged to discuss the current needs of local heritage managers in Iraq and propose potential actions to be taken for Mosul’s heritage after ISIS. The proceedings of the conference were simultaneously translated and recorded, and podcasts will soon be made available (in Arabic, Kurdish and English) via the University of Oxford’s MediaPub service and on www.protectingthepast.com.

One of the key themes addressed at the conference was the need for a comprehensive inventory of Iraq’s immensely rich cultural heritage. In some provinces, such as in Dhi Qar, officials from the State Board of Antiquities and Heritage (SBAH) have already made considerable progress on this front. Dr Abdelamir al-Hamdani (SBAH), for example, has mapped ca. 17,000 sites in southern and central Iraq, and more are in the process of being plotted. At a central level, efforts in this direction are being coordinated by the SBAH Remote Sensing unit.

Training initiatives and facilities were also at the centre of discussions throughout the conference. Dr Abdullah Khorsheed, the head of the Iraqi Institute for Conservation of Antiquities and Heritage (IICAH, Erbil), presented some of the Institute’s success stories. This included examples of their work, training practitioners from all over Iraq in the conservation of artefacts and buildings, as well as geomapping. Dr John MacGinnis (British Museum) also presented the British Museum’s Emergency Heritage Management Training programme, whose objective is to train a number of SBAH employees in fieldwork techniques to be applied on sites falling within areas formerly occupied by ISIS.

Other speakers, such as the ASOR Cultural Heritage Initiative, the SHIRIN collaboration for Syria and the RASHID International project for Iraq, focused on the role of international projects in the region, whilst Robert Bewley, the project director of EAMENA, stressed the importance of projects asking local heritage professionals how such international schemes could be useful. The importance of engaging with the next generation of heritage professionals was also emphasised throughout the conference and, in particular, May Shaer from UNESCO, emphasised how important it is to create children-friendly approaches (using games and cartoons) as part of their outreach and education strategy.

The Protecting the Past event came at a critical time for the heritage of the region. More than 120 people attended the conference on its opening day, and attendance remained high throughout the event. Before and during the conference, the Protecting the Past website received more than 500 individual visitors per day, while its Facebook page (@protectingthepast) more than doubled its number of followers. Overall, the success of this event emphasised the importance of similar initiatives elsewhere in the MENA region and this will keep us motivated to organise more of these events in the near future. 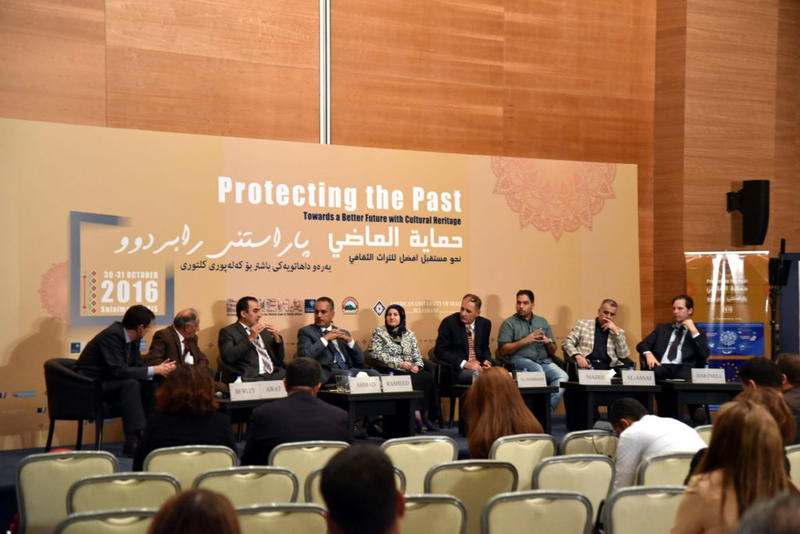 Roundtable on the current needs of local heritage managers in Iraq. 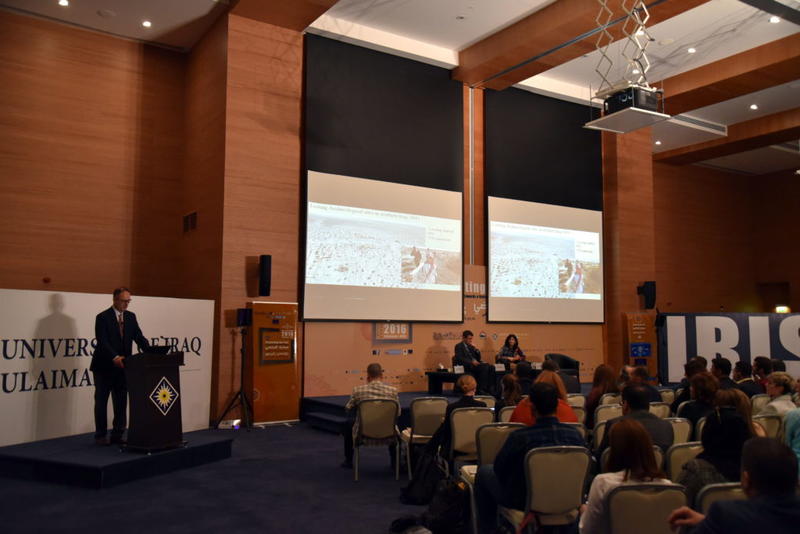 Dr Abdelamir al-Hamdani talking about his work in southern and central Iraq. 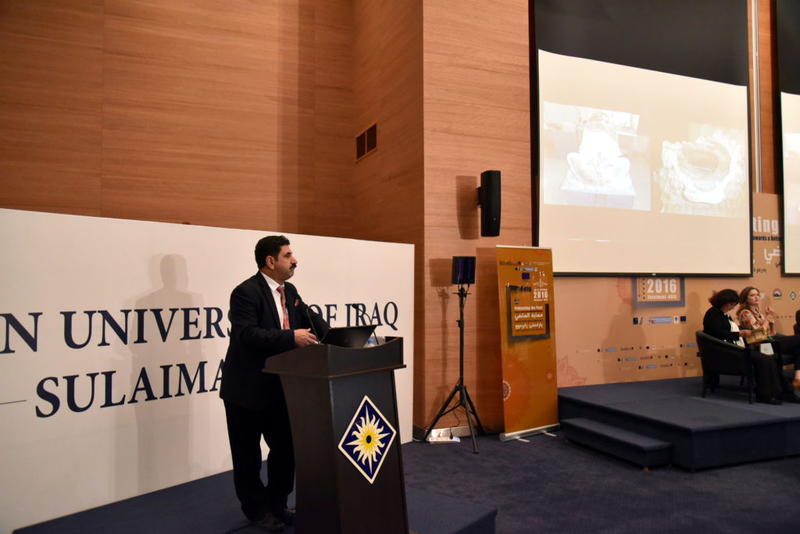 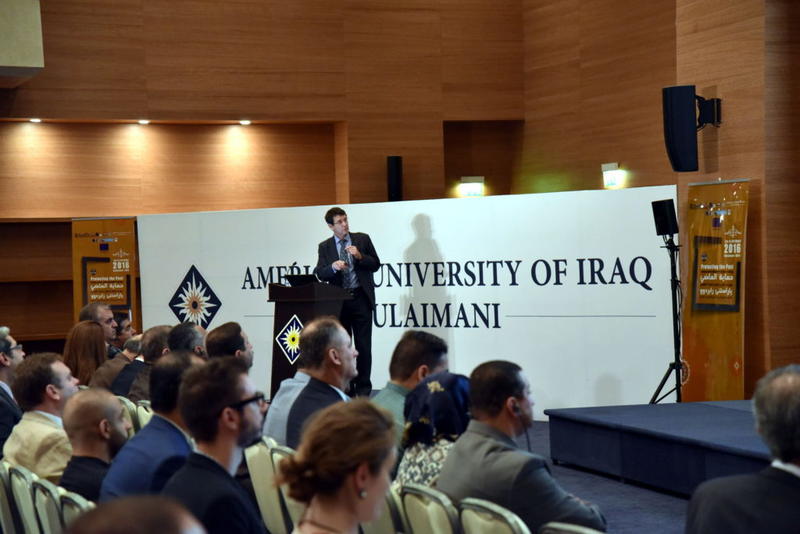