Presenters at the inaugural Protecting the Past conference were invited to attend a personal tour of Umm el-Jimal and aspects of its hinterland by Bert De Vries, Muwaffaq Hazza and Bernhard Lucke on Sunday 27 September.

The tour attendees were led through one of the newly cleared paths through the ancient site put in place by the Umm el-Jimal Project. Both Bert De Vries and Muwaffaq Hazza’s long time intimacy with and knowledge of Umm el-Jimal and the surrounding region was apparent in their passionate discussion of its many aspects and the aims they have for their current project that look to secure the site for future generations. If you were not lucky enough to attend this tour I strongly recommend you visit the site and see the changes occurring for yourself. One message that the team seemed passionate about was a focus on ‘preserving’ rather than ‘reconstructing’ or ‘replicating’ the site, something I am sure you will hear more about from their presentations at Protecting the Past. 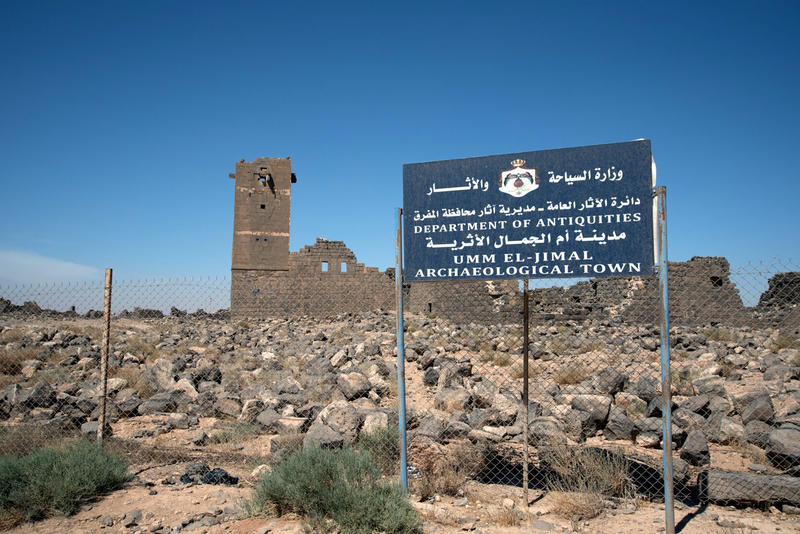 After a local falafel sandwich and a welcome break out of the sun in the project house, the afternoon was spent in the hinterland of Umm el-Jimal, guided by Bernhard Lucke who is particularly animated regarding his research into the soils of the area and what they can say about land use over time. A visit was paid to the (sadly) looted cemetery to the south-east of the town, near where a modern cemetery is located. Some of the cemetery’s tomb masonry is so fine that it has been ‘repurposed’ for local building material, while other burials have been found and looted. A small silver lining of the looting is that the soil profiles become visible for analysis, but sadly the rest of the burials’ contexts are lost. 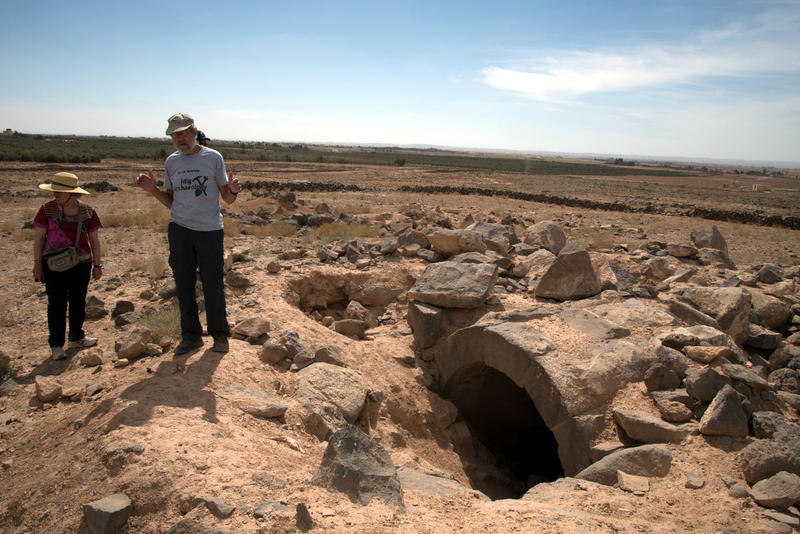 The cemetery overlooked a wadi bed with preserved terracing and possible quarries and/or reservoirs, as well as an outer suburb of Umm el-Jimal, the visible architecture of which was of a less rectilinear and monumental nature than the ancient town. The function of this outer suburb is not known, though Bert De Vries was kind enough to share some theories. This hinterland landscape is continually being encroached upon by the surrounding modern infrastructure and agriculture, and further study of its fabric is needed if we are not going to lose the chance of understanding this ancient landscape. 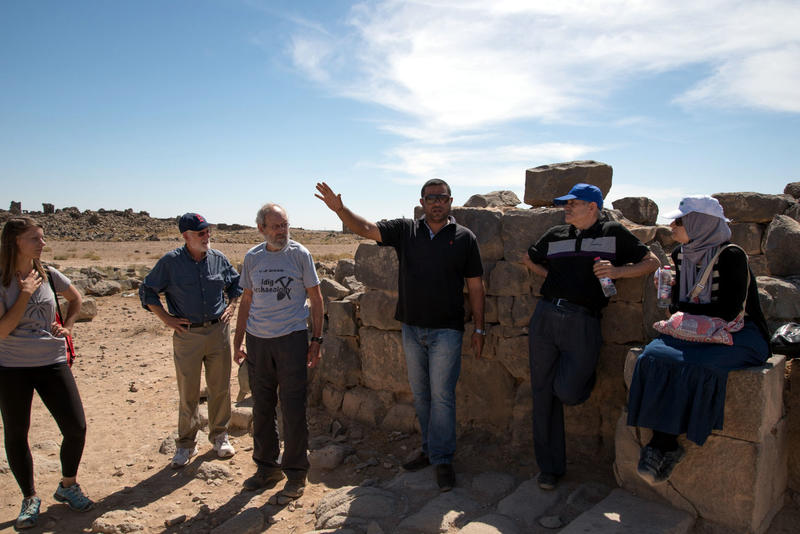 Our last stop on the way back to Amman was a section of the Roman road – the Via Nova Traiana. The section currently runs exactly alongside the modern road and is fantastically well preserved for its precarious location alongside a busy road.

Many thanks must go to the day trip organiser Bernhard Lucke, the time and enthusiasm of the Umm el-Jimal Project’s Bert De Vries and Muwaffaq Hazza, and the attention and interest of attendees. It was a fabulous day and a great way to kick of the inaugural Protecting the Past conference. 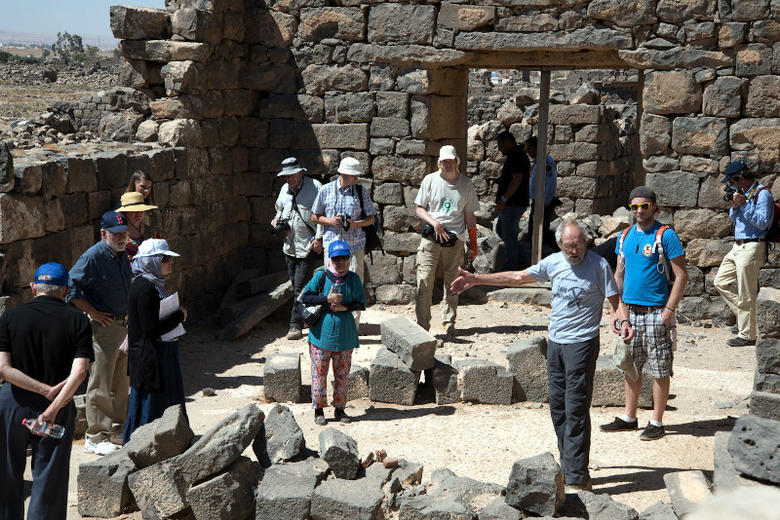 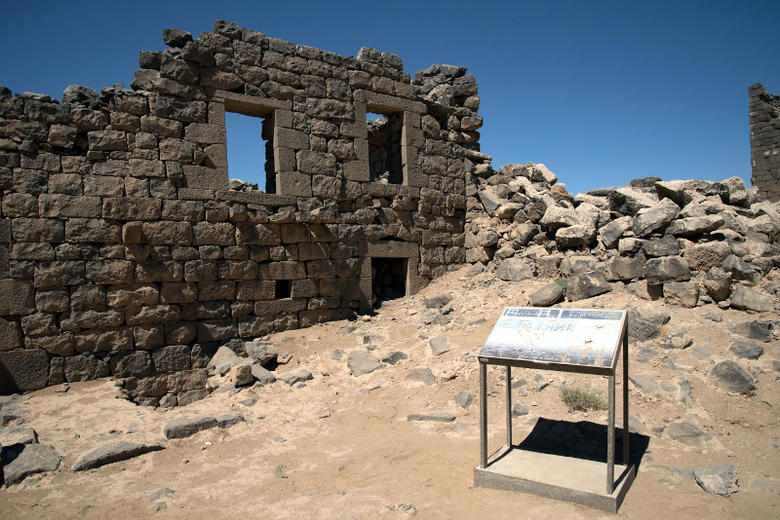 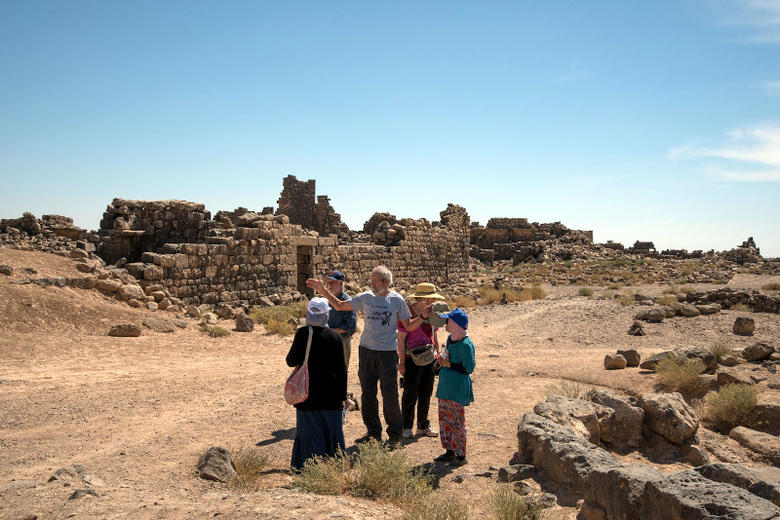