Many ancient structures are repurposed in modern times, as they have been for centuries. For example, the World Heritage Site of the castle in Durham, England, is also a hall of residence for the local University students. However, this sort of use has a management plan, and alterations are conducted in a manner fitting to the style of the building. Unfortunately, some ancient buildings are reused with no supervision, often illegally. Many ancient castles have been reused in the conflict in Syria as they have retained their vantage over the local area, and their strong walls. For example, Qal’at al-Shmemis (also known as Selemiye or Salamyeh) in Syria, occupies a prominent position on a mound. According to reports, troops took over the castle in 2012, digging new roads around it, seen on these satellite images on Google Earth, which show the castle in 2010, 2012 and 2014 (Figure 1). Such occupation can make the site into a target: in Aleppo some historic buildings were used as military barracks, and so they were blown up (see Explosives). Reoccupation is not always carried out by the military. According to a satellite imagery assessment carried out by UNOSAT, the United Nations’ satellite imagery analysts, several of the Ancient Villages of Northern Syria, some of which are part of the World Heritage Site, have been re-occupied by refugees, such as Shinshara and Rabi’ah. Damage includes new building using materials such as concrete, the digging of holes for rubbish and sewage, increased looting and stone robbing, and wear and tear of the ancient buildings. 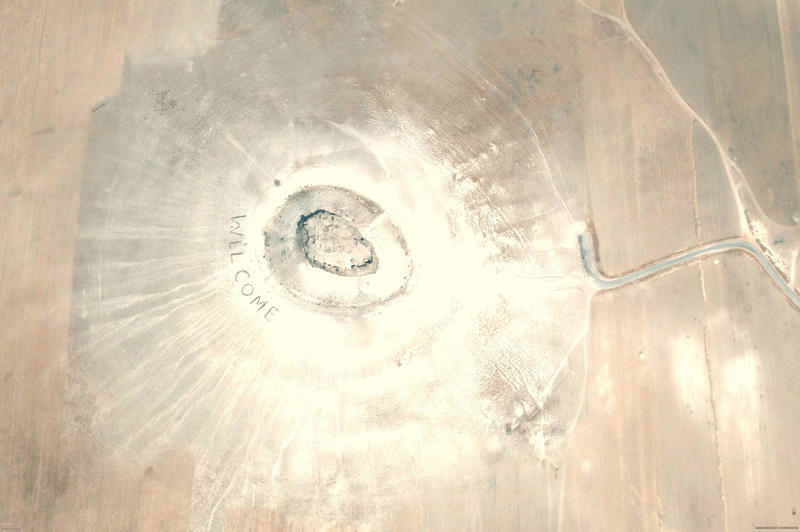 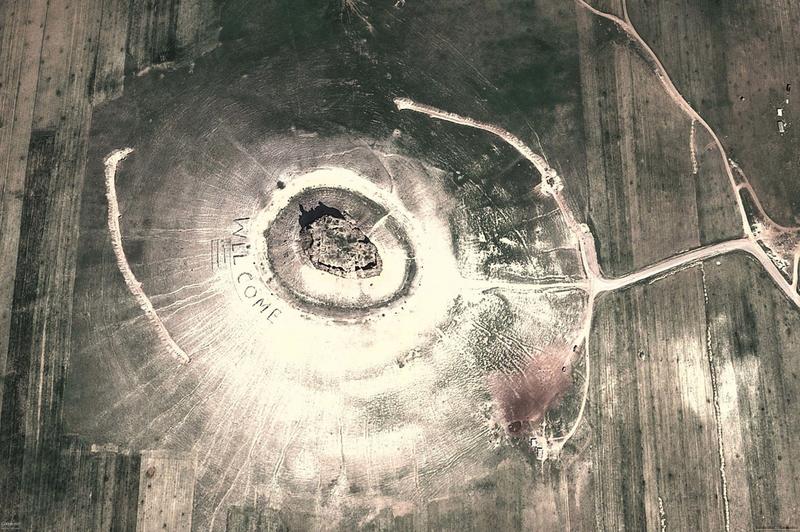 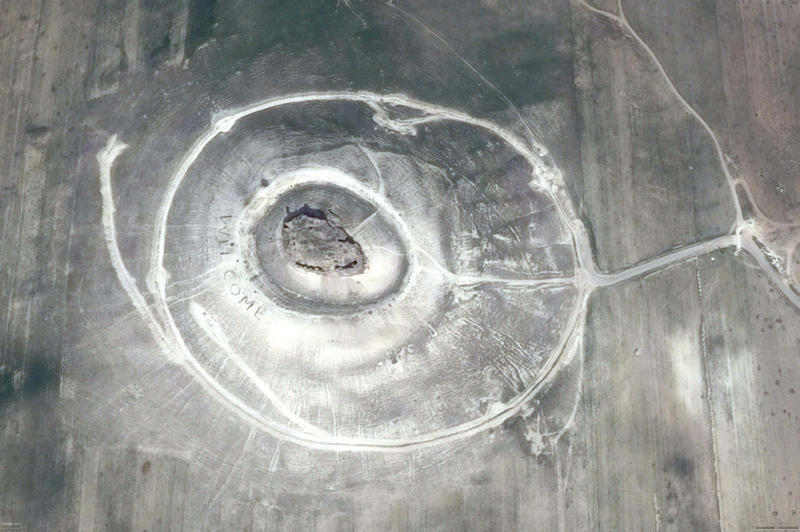