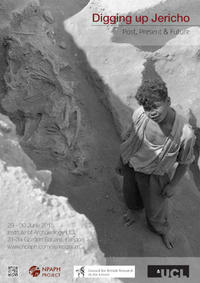 On behalf of the EAMENA project, I recently attended a symposium at UCL on the site of Jericho (Digging up Jericho: Past, Present & Future, 29th – 30th June 2015, http://npaph.com/symposium/). Research at this site has been carried out since the late 19th century, under the auspices of the Palestine Exploration Fund from the 1860s-70s and then later by individuals such as Ernst Sellin and Carl Watzinger, John Garstang and possibly most famously Kathleen Kenyon in the mid-20th century. More recently excavations at the site have been carried out by a joint Italian-Palestinian team.