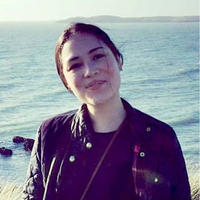 Since October 2017, I have been one of the volunteers of the Endangered Archaeology in the Middle East and North Africa project. After finishing my undergraduate degree in Oxford, I knew I wanted to do something related to my degree. Finding relevant academic postgraduate programmes turned out to be relatively easy, but there was little in the way of fieldwork opportunities or internships, which is typical of this industry. Eventually, I found an EAMENA team member online: it turned out that the opportunity I had been looking for was right here in Oxford. I got in touch and asked if there might be volunteering opportunities; it was a nice surprise to go back to the university and realise there was work here that was directly related to my interests. I came in on a weekday afternoon in September 2017 and was given a short introduction before joining formally in October at the beginning of the academic year. Since then, I have been coming in a few times a month to help my supervisor, Jennie Bradbury, and the rest of the team with various activities that are taking place in EAMENA’s Oxford office.

Here in Oxford, EAMENA is based at the School of Archaeology on South Parks Road, nestled among buildings that constitute the hub of scientific research at the University. Our main aim is to record and assess archaeological sites across the MENA region using digitally available satellite imagery alongside other remote-sensing techniques, as well as site visits on the ground. This is in order to populate a database which can be used to record past and present conditions of sites, as well as potential threats. The project relies on the work of archaeologists and other heritage professionals in both the UK and abroad, with a fundamental principle being the training of personnel abroad in those countries to which the archaeology belongs (more information can be found on the home page of our website). It is a giant undertaking: the grid system we have used to map out the MENA region is huge – it covers the whole expanse, from Mauretania to Egypt and the Arab peninsula, and then on to the Levant, Mesopotamia, and the mountains of Iran. There is a large printed poster of the area measuring about 3m x 1m on the wall outside the office, and our grids get slowly coloured in as we finish analysing each one. It looks like a creeping takeover of little hand-drawn red pixels; it’s not a short-term project!

I usually work once a week on various assignments. My role involves working both at the office and remotely. When in the office, I examine sites of interest that my colleagues have ‘pinned’ (marked) in Google Earth Pro, and analyse the satellite imagery for information on the archaeology, disturbances and threats, which I then enter into the database. I am currently looking at a grid-square located over north-western coastal Syria, and it is basically a case of visual interpretation and digital recording. The kind of ‘pins’ (potential heritage sites) one examines can vary a lot by location, and so it has been really interesting for me to learn about regional variation in archaeology simply by looking at the ground from above. I have seen lots of isolated ruined buildings sitting in (sometimes) green and hilly farmland, but some of the most interesting things I have seen in my ‘patch’, as it were, include urban settlements with multiple features (e.g. a town with churches, mosques, graveyards, etc.), as well as suspiciously tell-like positive features in the landscape (“tell” is Arabic for ruin mound). Human beings are such visual creatures, so it is really great for me to move beyond the textbooks I am used to, to colour images that can be viewed at the broadest of scales. It has given me a real desire to get out into the field – I can’t wait for a chance to bring my trowel back to life and go digging abroad! I think the most important part of my role as a volunteer, however, is to help out with database enhancement; the database lies at the heart of what we do at EAMENA, and it is where all the documentation we do gets digitally consolidated into searchable data. 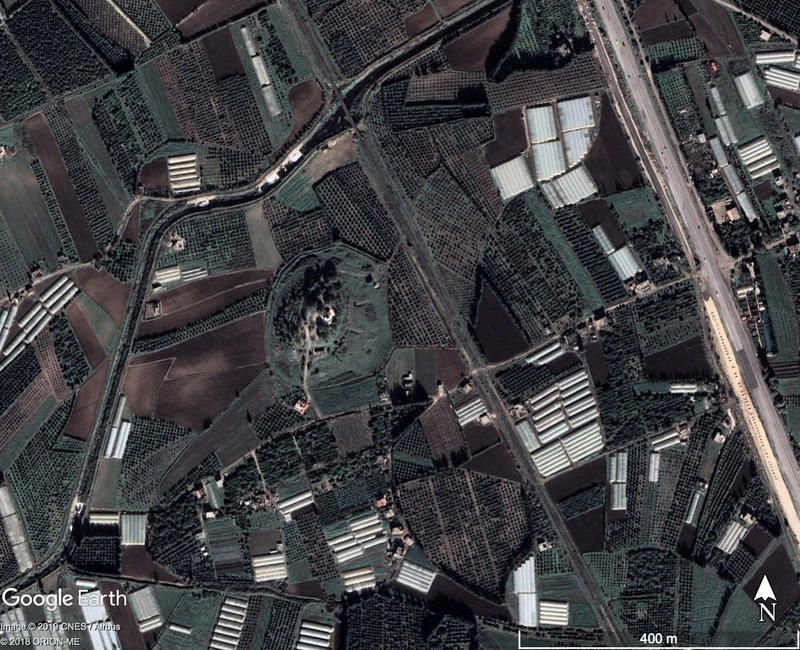 When not in the office, I work at the Sackler Library in the city centre, which houses the University’s main collection of literature on classics, art history, archaeology, and Egyptology. During 2018, I spent time reviewing the Annual of the Department of Antiquities in Jordan (ADAJ), which often covered excavations and surveys that took place in Jordan. These publication reports from these are very useful for noting archaeological sites and their contents, but another important thing about them is that they often also detail the local and regional geography, contributing to our knowledge of how a site and its surroundings might have changed over time – or, in some cases, been damaged or since destroyed. For example, multiple sites in the region were published in the 1950s and 1960s with pull-out maps and precise descriptions, as well as instructions for finding them; they were often found incidentally during road or well construction, and it may be that they are now long gone. In this sense, therefore, the historic academic literature complements the visual data we examine, and the data extrapolated from both give us a sense of how archaeological sites are changing over time.

I also get to go to various events related to the work I do at EAMENA. In November 2017, I attended a lecture that our director, Dr Robert Bewley, gave at the British Museum in London, which was a nice opportunity to see the public face of the project. Lots of my project colleagues do this, of course, but as a volunteer, it is nice to see another side to the work that EAMENA does. It was also helpful for me to attend an event like this, and other lectures like it, at an early point in my contact with the project: it reminds oneself of the mission. I also get to participate beyond the scope of my volunteer role if I attend team meetings and workshops, and although I am in a junior position, I feel valued for my small inputs.

A particular highlight of last year was attending the 2018 annual conference organised by the British Association for Near Eastern Archaeology (BANEA) at Durham University. I got to meet our EAMENA colleagues from Durham and Leicester, and got an insight into the kind of documentation and research being undertaken by other team members on a day-to-day basis. A whole session was dedicated to the work of the EAMENA project. Team presentations included: “The 21st-century history of the Crusades: a heritage management perspective on Crusader archaeology from the EAMENA database” (Letty ten Harkel); “Pilot implementation of damage and risk assessment methodology in northern Lebanon” (Azadeh Vafadari) and “Exploring the geoarchaeological context of Girsu and Lagash through remote sensing and legacy data” (Sayantani Neogi). Other conference subjects included papers on Mesopotamian pottery and current fieldwork projects in the MENA region. I have spent the last year attending a few conferences and events relevant to my interests, and to be quite honest was rather intimidated by the thought of it when I started; few undergraduates go to these sorts of events, and they are filled by doctoral and post-doctoral researchers, as well as other academics at the beginning, middle, and end of their careers. Turns out archaeologists are super fun, and also importantly, super nice people! I had a great time with the team in Durham, I learnt loads, and can’t wait to go again!

The work I have been doing with EAMENA has been both highly enjoyable and highly informative. It has been enjoyable, because first and foremost the people I have been working with are so interesting and, well, incredibly nice (I swear I’m not just writing this because it is going on the EAMENA website). It has been really great that my colleagues at EAMENA are so happy for me to be flexible in my working schedule, but in addition to this, the people I am working with are very knowledgeable and motivated by what they are doing, so I find that incredibly inspiring to be around. It feels very much like a team, and so attending events such as the BANEA conference is a lot of fun! It’s also really useful, because I am learning so much about what is current in archaeology and heritage management, from the academic side as well as about the priorities of those who are practitioners, and about who is who and is doing what. So I am very grateful to the people I have encountered in this past year; it makes a junior member passing through the ‘Academy’ feel most welcomed.

The next step for me is to do my Master degree; I have started a one-year taught MA in the Archaeology and Heritage of Egypt and the Middle East at UCL. I haven’t yet decided how ‘technically’ archaeological I want to go – the optional modules offered also give me a chance to study various cultural heritage issues (for example in antiquities law). With these things, as well as the necessity of learning Arabic, it is definitely going to be busy! My future plans mainly involve trying to find some relevant fieldwork, and hopefully a job in the industry. Also, I really want to find a nice, felt hat.