Volunteering for the EAMENA project

Lakshmy Venkatesh has recently graduated with a Masters in Archaeology from the University of Oxford. Before this, she attended Lady Shri Ram College for Women in New Delhi, where she received a BA in History.

For the past few months, I have spent time volunteering for the EAMENA project, and it has been one of the most fulfilling experiences during my time at Oxford. I arrived in Oxford a year ago to begin my post-graduate studies at the School of Archaeology. I had an interest from the beginning in questions and debates on the preservation and destruction of cultural heritage. This made me especially curious about the strong presence that incidents in the Middle East had established in the rhetoric of cultural heritage loss and destruction in the recent past. Harbouring these interests and now having access to the weekly research seminars conducted within the University of Oxford, seminars by Dr Bob Bewley and Dr Emma Cunliffe that took place during Michaelmas Term were among the first that I sought out. As I became more engaged in my course and my aspirations for my dissertation became clearer, I wrote to Bob requesting a meeting. After some very inspiring conversations with Bob about EAMENA, the endangerment of archaeological resources, and approaches to heritage management, I enquired if there was a possibility to volunteer with the team. Bob offered me the opportunity to be the first volunteer to work closely with team, leading me to meet some amazing people and go through a great learning experience. 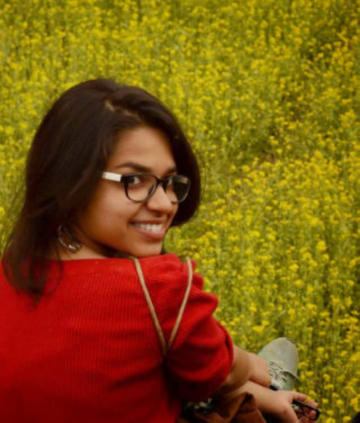 The first step to understanding a large chunk of the work being done as a part of the project was learning how to look for archaeological resources from aerial imagery. I spent the first couple of weeks learning how to do this and how one could distinguish archaeological features. Through my time spent with Dr Andrea Zerbini getting to know how to look at satellite imagery, I was exposed to many issues and projects that have worked with heritage management groups on the ground in the larger Middle Eastern region. Issues that involved aspects of developmental politics and community response to, and engagement with, policies involving heritage at sites such as Umm Qays, Petra, and Umm el-Jimal, struck me as very interesting. It was my involvement with EAMENA that placed me in the network of those carrying out archaeological research at these sites, providing me with access to first-hand information. My dissertation on community participation and the question of endangerment of archaeology was a result of direct conversations with such professionals on the ground, my further reading of project reports, and reading about theoretical issues related to heritage advocacy, policy, and the public in archaeology. I began assisting with the entry of the data being collated by the project into the main database and have since been attempting to grasp and give feedback on the methodologies that are being developed by the EAMENA project in this process. 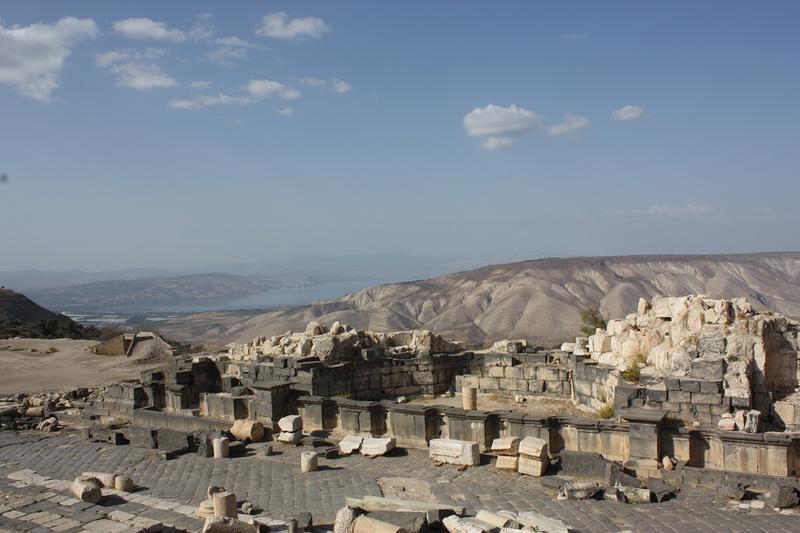 A view of the nymphaeum of Umm Qays (photo: A.Zerbini)

Another aspect of EAMENA that significantly complemented my academic inclinations during my Masters was my involvement in creating a cultural heritage destruction database. I assisted Emma as she collated and organised data on active cultural heritage destruction in the Middle East region. Having read a course on International Heritage Law during my degree and written a paper on heritage laws in areas of violent conflict, this experience further drove home the scale at which destruction and the depiction of heritage is involved in the politics of conflict. My engagement with Emma during this gave me insights and clarity on roles played by international organisations and institutional groups in the process of managing material and cultural heritage, mainly, but not only, during times of conflict. The varying reasons for which archaeological and historical resources are made significant became apparent through real examples. Markers of importance derived from the apparatus of such international organisations are curious – a fact which has sparked my interest further into the very notion of endangerment itself. I hope to further understand the manner in which diverse perceptions of a landscape and the cultural features in it signify different aspects of it, and the impact that this has on our recognition of the danger that specific aspects of this landscape may be in.

I believe that the reason my time at EAMENA had such a strong impact on me is due to the many parallels I could draw with other examples, especially from India. Hailing from and having lived in India, I have noticed the differences in the approach to heritage management and a lack of resources and skill when compared to projects like EAMENA. While instances of threats to heritage resulting from clashes between development and inclusivity, active destruction of cultural markers, urban sprawl, and the like are many, projects working to address these issues are not. I hope to take what I have learned and the skills I have picked up during my time at Oxford back with me to work with heritage management projects in the Indian subcontinent. The significance of such historical and cultural markers is something I have realised for quite some time now – I believe we use the epitaphs of our antiquity (irrespective of its age) as references, as sources of legitimacy and strength. And it is endeavouring to make these more inclusive than they were yesterday, that my experience with EAMENA has inspired me to aim for.