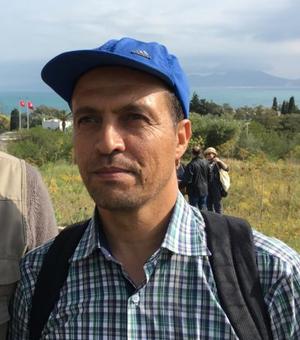 He has participated in, and directed, a number of excavations in Libya

In August 2019, Ahmad has awarded a Fulbright Scholarship to teach two courses about Libyan cultural heritage at Oberlin College in the USA. Ahmad has an extensive experience in field archaeological survey and excavation. He has participated in, and directed, a number of excavations in Libya, such as the training excavations of the University of Benghazi in Tocra and the final seasons of Cambridge University’s excavations in the prehistoric cave of Haua Fteah. He is interested in landscape archaeology and rural Roman sites in Libya. In recent years, Ahmad has mainly been focusing on the protection of Libyan cultural heritage through teaching, and inviting colleagues from the Department of Antiquities to teach archaeology students on how to document, evaluate, monitor and protect archaeological sites and artifacts through the use of modern techniques.