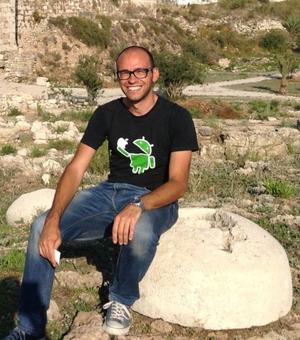 Dr Andrea Zerbini worked for the EAMENA project from 2015–2019, first as a researcher and then as our IT and GIS Officer. In 2018 he became Assistant Director of the Council for British Research in the Levant (CBRL), in Amman, but continued to work as a consultant for EAMENA. Tragically, Andrea died of cancer in July 2019, a great loss not only to our project, but to all who knew him.

A former CBRL Visiting Postdoctoral Fellow in Amman (Jordan), Andrea directed the CBRL-affiliated ‘Productive landscapes project’, which studied wine and oil producing infrastructure in north-west Jordan. He collaborated with several excavation and survey projects in the north of Jordan, including the Abila Archaeological Project and the Mission Hauran Jordanien.