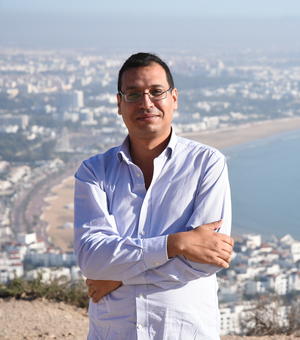 Archaeologist and Researcher of Hellenistic to Late Roman Egypt

I joined EAMENA project in late 2017 first as Researcher and Training Manager at the School of Archaeology, University of Oxford and moved to University of Leicester in 2020. Formerly, I was Head Researcher (2011-16), followed by Acting Director (2016-17), of the Hellenistic Center of Bibliotheca Alexandrina. I taught at the American University in Cairo as adjunct faculty, at Catania University as a visiting professor, beside teaching at Alexandria Center for Hellenistic Studies. I collaborate on different projects with Padua University, Tübingen University, CUNY, New York, and Siena University.

I documented hundreds of sites in Egypt, Lebanon, Libya, and Tunisia within different survey projects.

My main research interests are:

I have participated in tens of fieldwork in Egypt, Italy, and Libya. I am leading two different archaeological and research projects. I directed the Beheira survey project and co-directed a conservation project at the Amasili house in Rosetta.

I Participated in various archaeological and survey missions among them those at Kom al-Ahmer/Kom Wasit, Athribis, Dionysias, and Manqbad, and Western Marmarica Coastal Survey.