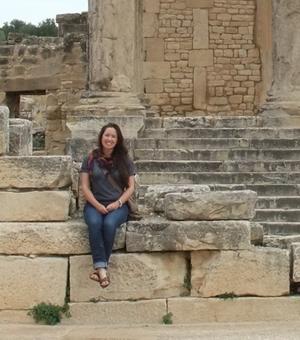 I have been a part of the EAMENA team since its foundation in 2015, first at the University of Oxford, and moving to the University of Leicester in 2020. My main research interests include the archaeology of Roman North Africa, particularly rural settlement and architecture, and archaeological survey and remote sensing techniques and methodologies. My current research in particular will investigate and develop methods for the application of Automatic Change Detection to heritage management and protection.

I completed my DPhil at Oxford in 2016 with a thesis focussed on rural architecture and settlement in Tripolitania (north-western Libya and southern Tunisia) between the 1st c. BC and the 7th c. AD. Before coming to Oxford, I started my career in the commercial archaeology sector, conducting assessments and excavations on a variety of both prehistoric and Euro-Canadian sites in advance of infrastructure and development projects. Between 2012 and 2016 I co-supervised excavations in a Roman-period house at the site of Utica, in northern Tunisia, as part of the Tunisian-British Utica Project (University of Oxford). In 2016 I joined the Middle Draa Project (University of Leicester), undertaking wide-ranging survey in the Draa valley of southern Morocco, and in 2017-2018 I also took part in the Meninx Archaeological Project (Ludwig-Maximilians-Universität München), supervising excavations in the ancient city of Meninx, on the island of Jerba in southern Tunisia.