Since its beginning, one of the priorities for the EAMENA team has been to design an online platform (database) to record cultural heritage sites in the Middle East and North Africa and monitor their state of preservation.

For this purpose, the team has been adapting the open-source Arches heritage inventory package (HIP) developed by the Getty Conservation Institute and the World Monuments Fund. Arches is coded in the Python programming language and built on the open-source Django web framework. It is built to support a database structure modelled on the CIDOC Conceptual Reference Model (CRM) — the standard international ontology to represent cultural heritage resources.

The CRM allows us to represent complex resources, such as archaeological sites, and to describe a potentially limitless number of characteristics related to them, such as location, morphology, interpretation, and condition. These resources are visually represented by nodal graphs.

The EAMENA methodology involves the use of remote sensing (satellite and aerial) imagery to capture information about cultural heritage, and our understanding of ‘sites’ is inevitably bound up with their existence as geographically-defined entities. For this reason, we have chosen to adopt the CRM class E27 (which ‘describes constellations of matter on the surface of the Earth or other celestial body, which can be represented by photographs, paintings and maps’) as the point of departure from which to design our resource graph. Among the other key classes contained within our graph are those describing the location of a site (E53: Place), its chronology, morphology and interpretation (E17: Type Assignment), and its condition (E3: Condition State). This latter class is where we record the disturbances that have affected an archaeological site, and the potential factors threatening the site in the future. 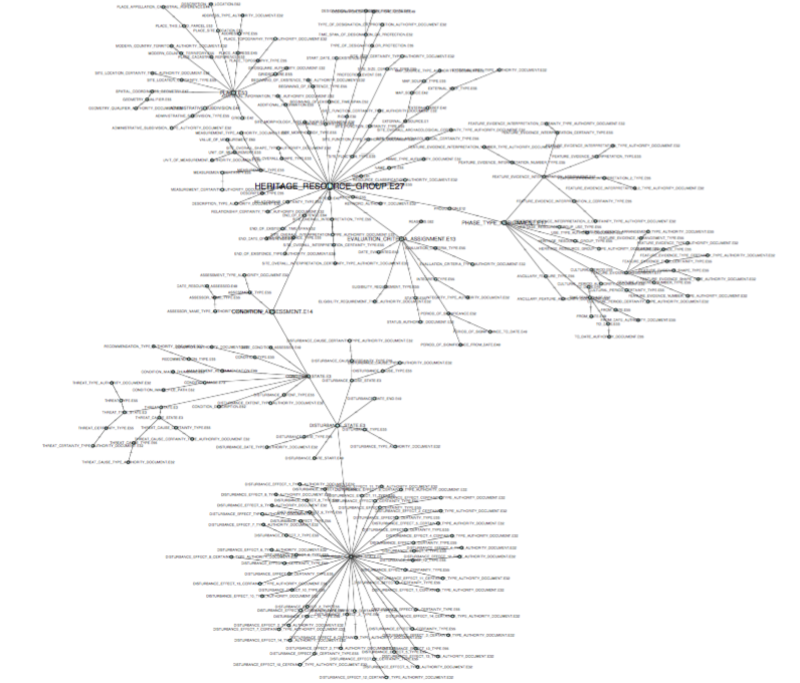 To date, our database contains more than 97,000 ‘sites’ (E27), located in Morocco, Libya, Egypt, Jordan, Lebanon, Syria, Iraq, Saudi Arabia, and Yemen. We will continue to expand this dataset in the coming years by extending our work into the other MENA countries. 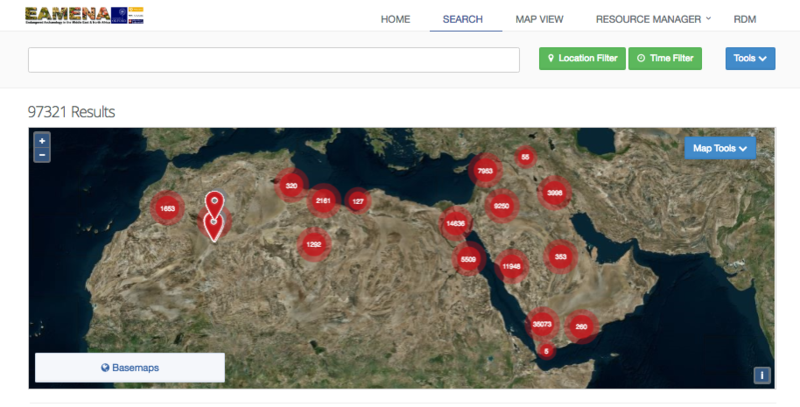 We envisage using our platform as an essential tool for training heritage managers in the MENA region. In view of this, and considering that all but one country (Iran) covered by EAMENA are populated by Arabic-speaking majorities, we have given priority to making our heritage management platform and the guide on how to use it available in both English and Arabic. This task is currently on-going, thanks to the efforts of our translator, Mr Hossam Mahdy. Plans for late 2016 and 2017 also include translations into Kurdish (Sorani and Kurmanji) and Farsi.

Since Arches did not natively have multilingual support, we have had to code this functionality in-house (a technical guide on how to achieve this is available here). Below is a short video illustrating some of the features of the multilingual platform: