EAMENA at international round table on Yemen

We took part in a UNESCO-sponsored international round table held in the UNITAR offices in Geneva on 11 December 2015.

The scope of the round table, which included 15 participants (plus Justine Mackinnon of the Qatar Computing Research Institute via Skype conference call), was to discuss strategies for the integration of current crowdsourcing and mapping projects to aid Yemeni authorities in their efforts to monitor and assess damage to the country’s endangered cultural heritage.

Dr Anna Paolini (Director of Doha office, UNESCO) opened the day by stressing the importance of providing Yemen’s authorities with effective tools to conduct rapid damage assessments across their war-ravaged country. Dr Paolini introduced a UNESCO-designed app based on the open-access Open Data Kit (ODK) platform, which will allow GOAM and GOPHCY¹ representatives to record the condition of sites via simple forms (and photographic material), which will be synchronised onto a locally based server.

Dr Paolini also emphasised the need to bring all projects aimed at heritage protection in Yemen under a common umbrella. An Arches-based platform was suggested as a potential solution, and it is in this area that EAMENA has most to contribute (see below).

Crowdsourcing is at the heart of UNOSAT’s GeoTag-X project, which includes a specific Yemeni application (‘Yemen Cultural Heritage at Risk’). The team led by Lars Bromley (UNOSAT) has created a website that collates ground imagery from Yemen from online collections (such as those available on Flickr) and individual submissions. Through a set of questions and a georeferencing tool, GeoTag-X relies on the crowd to geolocate ground imagery as well as to provide information on them (e.g. the name of the site pictured in the photo, the link to its Wikipedia page, whether the photo contains any evidence of damage to cultural heritage, etc.).

While AIDR has yet to be applied to monitoring data concerning cultural heritage in danger, QCRI’s representative Mohammad Imran was quick to point out to the audience that the capability to do so already exists.

ICOMOS’ Vice-President Dr Bijan Rouhani introduced AMAL’s mobile app. Developed by Benetech and sponsored by ICOMOS, the Global Heritage Fund and other partners, this app aims to provide heritage management professionals in the MENA region with a toolset to receive training on cultural heritage management and record damaged sites. The app interface includes mapping functionalities to draw site sketches, site observation sheets, tools to identify threats to heritage and the possibility to add audio and video material to individual records. Moreover, the app provides a wealth of video tutorials (prepared by ICCROM specialists) to provide on- and offline training for heritage practitioners.

Dr Jérémie Schiettecatte (CNRS), an archaeologist with a decade of fieldwork experience in Yemen, called for a nationwide site and monuments record (SMR) to be established for Yemen. An initial attempt at establishing an archaeological inventory for the country was conducted, with World Bank funding, in the early 2000s. This produced a CD-based database which, Schiettecatte proposed, should be integrated with discrete GIS databases produced by international archaeological missions and researchers, including himself. Starting from the observation of the results achieved by EAMENA in Yemen (on which more later), he emphasised the potential of Arches, the heritage management platform developed by the Getty Conservation Institute and the World Monument Fund, to become the platform for a baseline national SMR for Yemen.

Arches’ potential was further fleshed out by Alison Dalgity (Arches project manager, Getty Conservation Institute) and Denis Wuthrich (Arches developer and CEO of Farallon Geographics). Mr Wuthrich emphasised how this open source software was designed to fully conform to the standard CIDOC-CRM semantic framework for describing cultural heritage. He also highlighted Arches’ flexibility, which is at the root of its increasingly wide adoption by as diverse projects as EAMENA, the ASOR Cultural Heritage Initiative, Historic Places Los Angeles (HPLA) and in the future possibly Historic England. 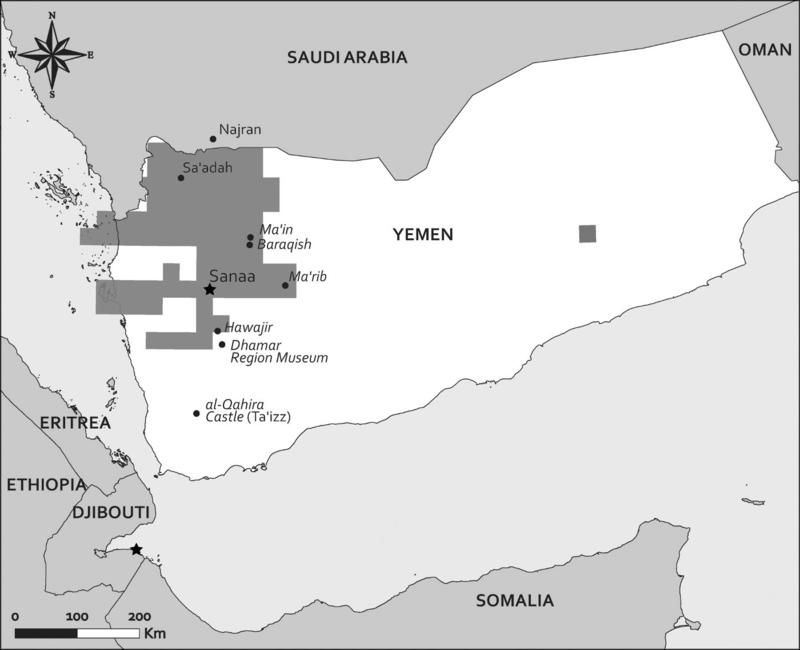 Fig.1. EAMENA’s activity in Yemen (as of Oct 2015). Shaded areas represent the regions for which satellite imagery was analysed in depth by EAMENA staff

The last presentation of the day was given by Dr Andrea Zerbini of EAMENA, who showcased the project, particularly with regards to its results in Yemen. Over six months of activity in analysing satellite imagery for Yemen, EAMENA have recorded c.35,000 potential cultural heritage sites in the country (Fig.1). The presentation also introduced some of the key aspects of the EAMENA recording system (which is based on Arches 3, with substantial modifications operated by Dr Richard Jennings), including the ‘Classification’ panel (where image analysts are able to enter data concerning the morphology and interpretation of a site, see Fig. 2) and the ‘Disturbances and Threats’ section. 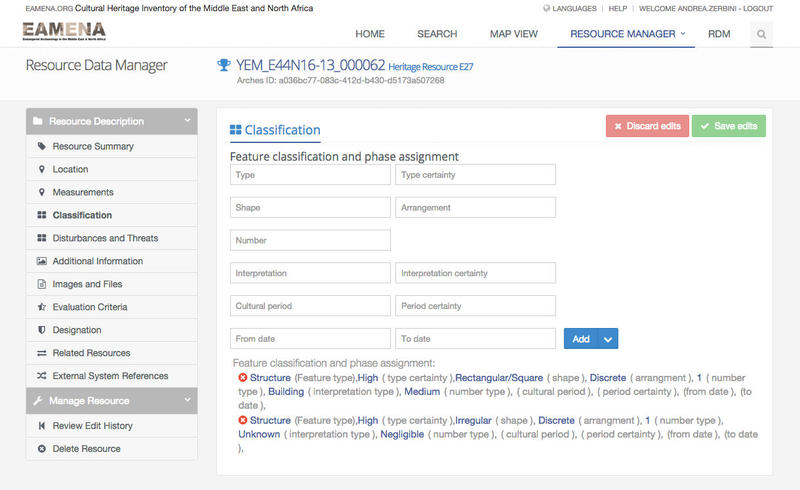 Fig. 2. The Classification panel in the Arches-based EAMENA platform

Throughout the meeting and in the discussion that followed, participants discussed practical ways to integrate the data from the projects presented during the day. A follow-up meeting, which will include also representatives from the relevant Yemeni authorities, will provide the venue for taking concrete steps towards an integration of these data, for the benefit of Yemen’s preservation of its cultural heritage.