Having recently returned from a successful field season in Lebanon, I wanted to use this blog (and Part 2, to appear soon) to reflect on some of the challenges in combining remote sensing and field survey, and to explore how we intially started data entry in this area of the EAMENA study region.

The coastline of northern Lebanon is rich in archaeological heritage, although much of this archaeology is under threat from development, expanding agriculture, and modern construction activities. In preperation for a 2016 summer field season in Lebanon, the EAMENA team carried out preliminary satellite imagery analysis along the northern coastline to investigate the nature of any disturbances affecting the archaeology of this region and to identify potential archaeological sites and features for ground checking.

The region is topographically varied, consisting of a relatively narrow coastal plain bordered by often densely vegetated hills and mountains to the east, and dissected by river valleys. Beyond the coastal strip, where development is continuing at an extradordinary rate, one of the main methodological challenges is how to identify different archaeological features. For example, in these upland areas, archaeological sites such as Tells (man-made settlement mounds), which often look similar to natural hills on imagery, are very difficult to detect. In addition, due to the dense vegetation in these regions, smaller archaeological features, such as enclosures, or even buildings, can be hard to map. Nevertheless, through a detailed analysis of Google Earth imagery it was possible to pick up traces of past settlement and activity in this landscape. Having mapped hundreds of possible archaeological features using this method, we also looked at cartographic data for this region, as well as existing survey and excavation data. By using remote sensing techniques, in combination with maps and legacy data, we were able to build up a much fuller picture of the current extent of archaeologial sites in the region.

The archaeology of the northern Lebanese coast is still relatively poorly known. Apart from the excavated sites of Byblos (e.g. Dunand 1937) and Tell Fadous Kfarabida (e.g. Genz and Sader 2007), we have a limited understanding of activity and settlement in this region over time. Work in the 1960s by Copeland and Wescombe (1966) produced evidence for activity in the area dating back to the Palaeolithic, whilst the recent excavations at Tell Fadous Kfarabida have revealed evidence for Bronze Age activity (Genz and Sader 2007). Using satellite imagery in combination with map data, has also brought to light archaeological evidence for more recent settlement activity, including features such as abandoned villages, enclosures, and buildings. Other features, such as possible ancient quarries, cave systems, and salt pans have also been identified, and we visited some of these features in the field this summer.

There is a range of disturbances and threats affecting the coastal region of northern Lebanon. In addition to mass development and agricultural expansion, one of the main disturbances, which might not be immediately associated with the MENA region, is vegetation and tree cover. Unlike some of the desert landscapes further south and east, dense vegetation and tree cover can cause problems not only for the identification of archaeological sites, but also for their condition. We examined some of these impacts in more detail through fieldwork (and will report on them in Part 2), but it is likely that the growth and recolonisation of natural vegetation across abandoned sites is obscuring archaeological features, as well as, presumably, causing structural damage.

Until relatively recently, this region had largely escaped the impact of mass urban sprawl and development, but construction activities have increased in recent years, with new beach bars, housing units, and greenhouses springing up across the landscape. In addition, new development projects are changing the local environment and potentially having a negative impact upon archaeological sites. I will write more about these impacts and threats in Part 2 of this blog post, but as this preliminary study has shown, Lebanon’s heritage is indeed at increasing risk, and in some cases, from factors that you would not necessarily expect. 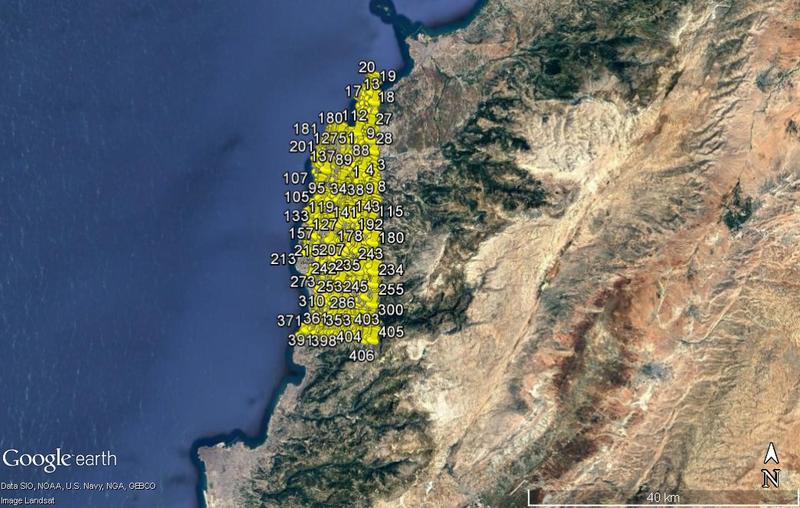 Potential archaeological features identified along the coastline of northern Lebanon. 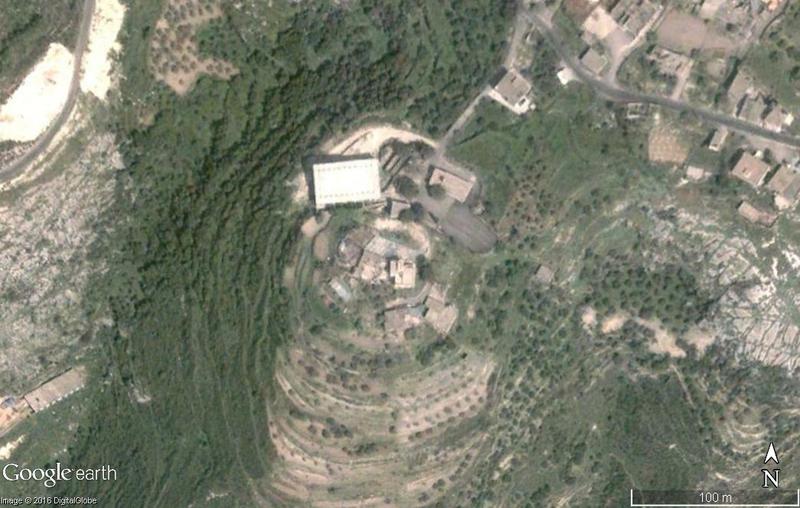 Possible Tell. These features are very difficult to identify in upland areas where they look very similar to natural hilltops. 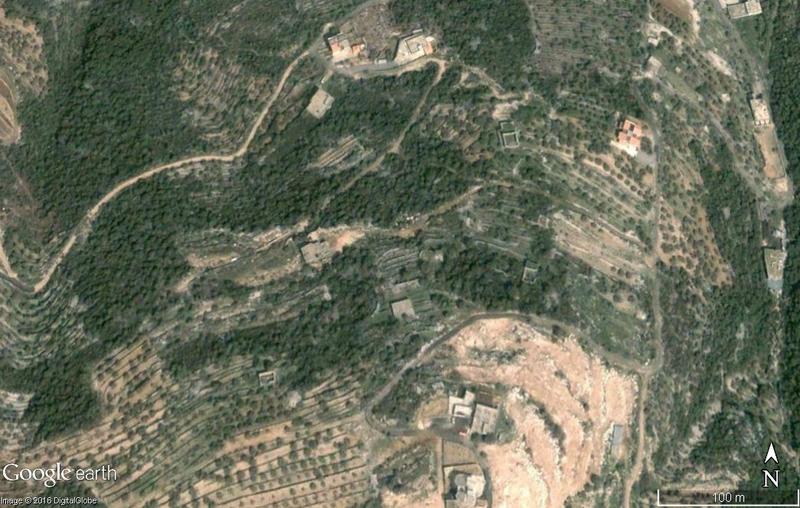 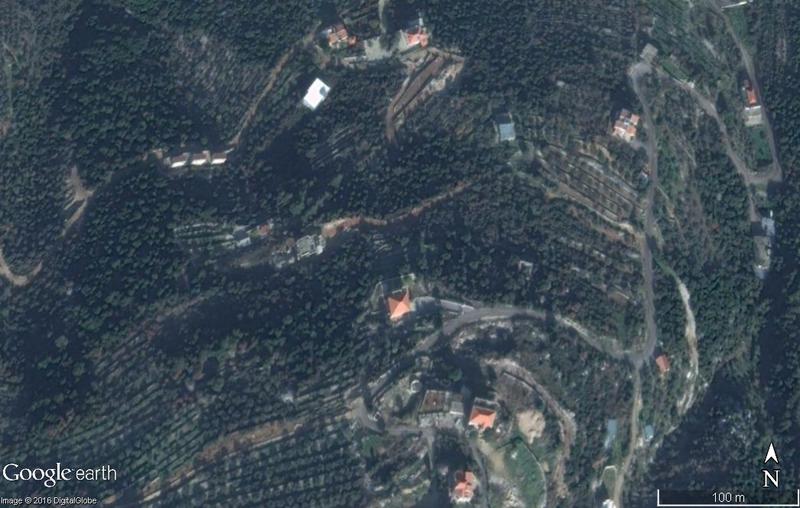 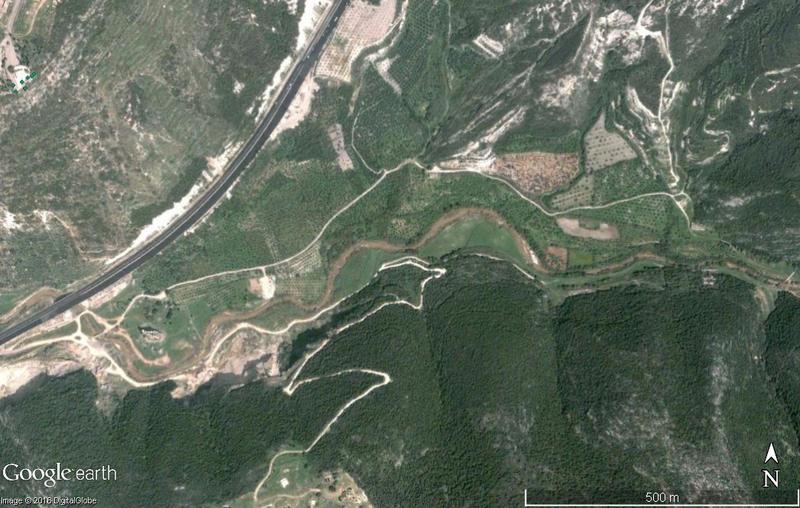 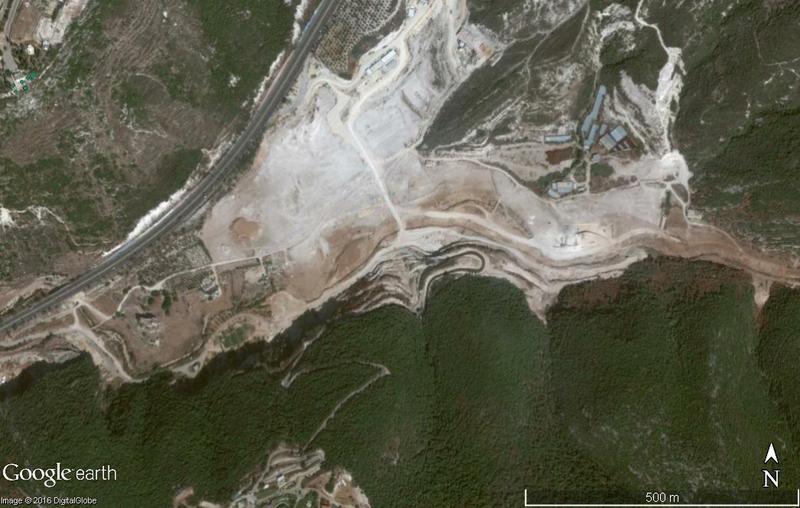