On stage at the 50th Seminar for Arabian Studies

The 50th Seminar for Arabian Studies (SAS) was held at the British Museum between 29–31 July 2016. This year, the conference papers concentrated primarily on the archaeology of the UAE and Oman, with a few on Saudi Arabia and Yemen. The seminar was held in honour of the late Beatrice De Cardi, OBE, the long-time president of the British Foundation for the Study of Arabia (BFSA), who had died aged 102, only three weeks before the opening of the conference. Saturday July 30th was the day for prehistory in Arabia, and was dominated by discussions about Umm an-Nar sites and necropoleis in Oman, and by presentations on recent discoveries at the Iron Age site of Suruq al-Hadid in the emirate of Dubai. This latter site has yielded some of the most outstanding examples of bronze and iron metalwork in Arabia, many of which are displayed in a recently-opened museum in Dubai’s historic Shindagha district (http://www.saruqalhadid.ae/).

Together with my EAMENA colleagues Dr Michael Fradley and Ms Rebecca Banks, and Dr Jérémie Schiettecatte of the CNRS, we presented a paper entitled ‘From satellite to sand: integrating remote sensing and field survey in the eastern Hadramawt and al-Bayda regions of Yemen’. The aim of the research presented in this paper was to test a collaborative methodology of remote sensing and field data. Three case study areas for which the team was able to obtain ground data collected by international field surveys were chosen: the al-Bayda region in central Yemen (covered by the French Mission in Qataban, led by Ch. Robin), the route of a liquid gas pipeline (covered by a Franco-German preventive survey, led by R. Cressard and H. Hitgen), and the eastern Hadramawt (surveyed by the French mission in Jawf-Hadramawt, led by M. Mouton).

Perhaps the greatest benefit of remote sensing in archaeology is the possibility to quickly cover large areas that would otherwise be inaccessible to surveyors, whether due to difficult topographies or political circumstances. In the Hadramawt region, starting from an initial dataset of 204 sites documented by M. Mouton’s survey, our remote survey allowed us to expand the assessment to an area of ca. 8,900 km2, pushing the boundaries of our investigation far beyond the limits of the wadi systems investigated by the French team. The result was the discovery of more than 4,600 potential sites of cultural interest, including more than 1,000 cairns and over 150 pendant burials.

Many of the sites discovered are considered to be under threat, whether from infrastructure development, agricultural expansion, or erosion. Particularly significant is the development in the area around the route of the liquid gas pipeline that links the area of Safer to Balhaf on the coast, where Bronze Age tombs have often been severely damaged by increased road construction and the implementation of mineral extraction plants.

The combined remote sensing and field approach that we discussed at SAS yielded the greatest benefits when applied to the refining of archaeological interpretations. While remote survey alone cannot provide anything more than a broad site categorisation, comparison with field survey data in the Hadramawt allowed us, for example, to identify more than 30 potential pre-Islamic towns in the largely silted wadi valleys, and hundreds of probably early-Bronze Age temporary settlements in the highlands. In the al-Bayda region, comparisons of 2nd–4th c. AD dams discovered on the ground with sites observed in the satellite imagery, led to the identification of what are possibly another 20 such sites. Plans to publish the preliminary results of this investigation are currently underway. 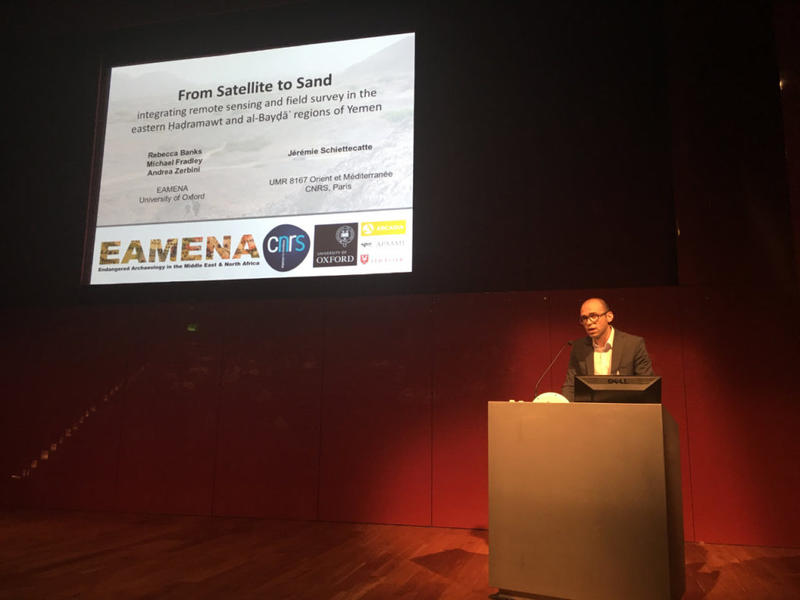 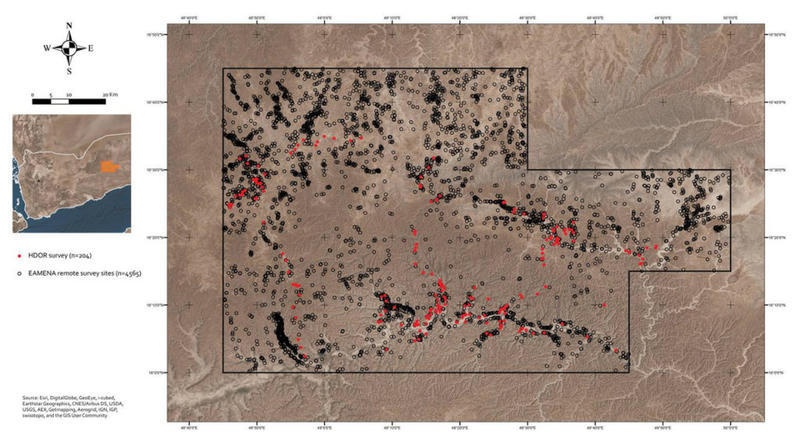 The distribution of ground (in red) and remote (black) survey sites in the eastern Hadramawt (map: Andrea Zerbini) 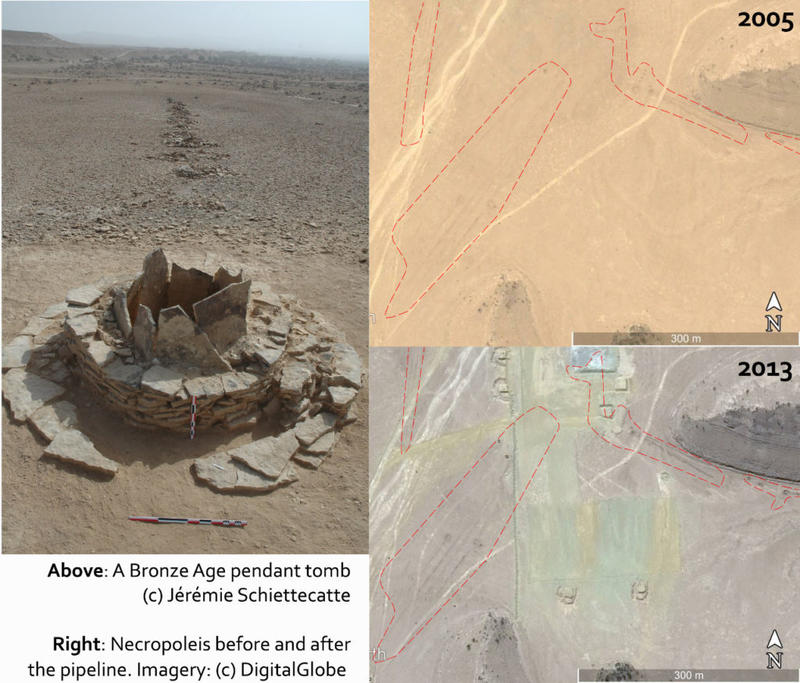