Mike Bishop considers the extremes of endangered archaeology in Yemen

I want to consider the two extremes of endangered archaeology. On the one hand, we have the headline-grabbing destruction of part of a World Heritage Site, whilst on the other there is natural erosion and people going about their everyday lives, oblivious to what lies right under their feet (or, in this case tyres). Both sites are in Yemen, at the southern tip of the Arabian Peninsula, and both typify the sort of sites we look at in the project, albeit in different ways. 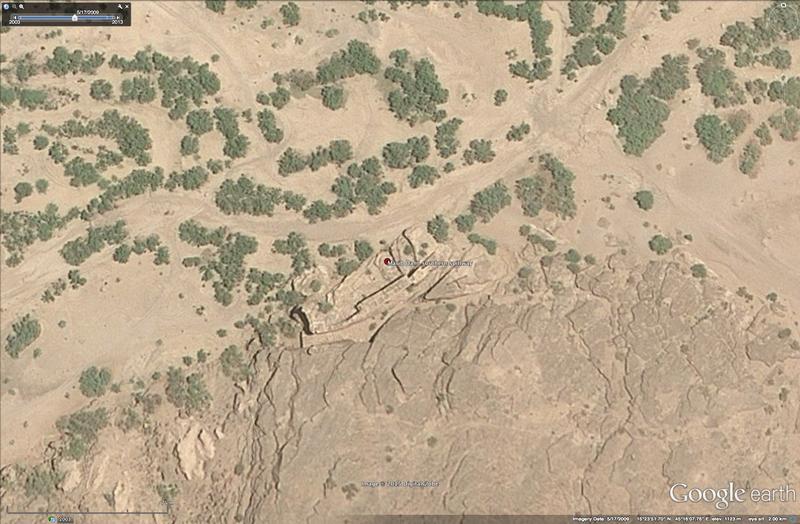 The southern spillway of the Marib dam, Yemen

The first site I want to examine is the Marib Dam. Located some 7 km south-west of the ancient city of Marib and just 2 km east of the modern dam, this 8th-century BC construction consisted of an earthen dam with impressively massive, stone-built spillways at either end. The water from the dam served to irrigate large areas of agricultural land. The actual earthwork barrier failed in the 6th century AD and has long ago been mostly washed away, although consideration was recently being given to reinstating it in order to capture some of the seepage from the modern, slightly too-porous dam, upstream. The stone spillways (Figure 1) were, however, more or less intact … until May 2015. The conflict in Yemen between the government forces and the Houthi rebels has seen the Saudi airforce assisting the government side by attacking Houthi targets. One of the sites struck on 30 May 2015 included the southern spillway of the old Marib Dam. The available picture (Figure 2) shows a significant breach in the stonework of one of the main walls, seemingly the result of a direct hit. It is unclear whether there was any sort of emplacement, temporary or permanent, on the dam which may have attracted the strike. There has even been speculation that heritage sites are being deliberately targeted by the Saudis but this allegation remains unproven. 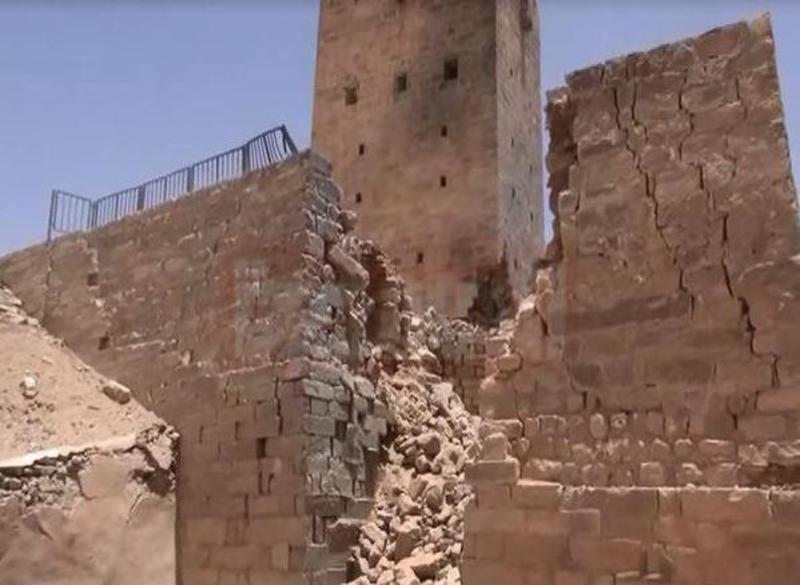 Only 6 km to the south-east of the spillway, there is a ‘scissor’ (or ‘en ciseux’) kite (see slider below). Probably originally constructed as an aid to hunting, funnelling prey into a killing zone at the head, kites are widespread throughout the EAMENA area, albeit in a variety of forms. ‘Scissor’ kites are one distinctive type so far found only in Yemen (Brunner 2009), with a series of parallel mounds at the head, which (it has been suggested) resembles a pair of scissor blades, thus earning them their nickname. This particular kite, which is set out across a wadi, has long been subject to erosion by the wadi when in spate (its course is marked by the bushes). Since 2003, the kite has been increasingly damaged by mineral extraction activities and trackways passing across it. 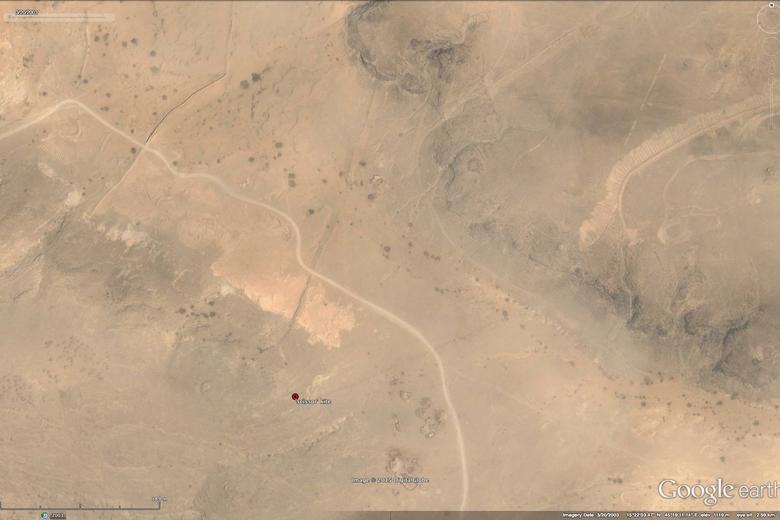 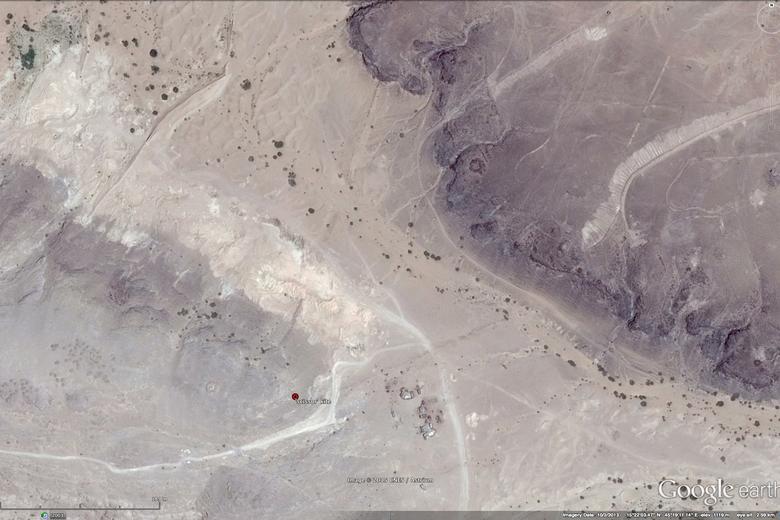 The high-profile strike on the Marib Dam shows the susceptibility of monuments to warfare. It is a commonplace, but remains true nonetheless. The kite is certainly not the finest example known, but the gradual attrition it has suffered serves to illustrate the fate of many monuments in the face of natural forces and development deriving from the activities of mankind. Despite the prominence of the damage to the Marib Dam, the example of the ‘scissor’ kite is arguably more typical of the sort of phenomenon studied by EAMENA.