EAMENA at the House of Commons

Dr Hamdon is based at Mosul University in Iraq and his work in Oxford was funded by the Nahrein Network. He is currently researching the archaeological information to create a georectified map for the ancient city of Hatra in Iraq and its landscape by using remote sensing techniques and GIS. Dr Hamdon is also leading the Mosul Book Bridge campaign to rebuild the University Library of Mosul and restore its collections which were destroyed (by burning) by the so-called Islamic State (IS) or Daesh.

During his short presentation at the APPG meeting, Dr Hamdon highlighted the role of UK universities and the EAMENA project in knowledge exchange and providing expertise and support for the reconstruction and protection of damaged cultural heritage and archaeological sites in Iraq. It was interesting for the MPs to learn that the current Iraqi Minister of Culture, Dr Abdulamir Al-Hamdani, was also a member of the EAMENA team (originally based in Durham), before he was appointed by the Iraqi Government to his new position in January 2019.

Whilst visiting with EAMENA Dr Hamdon gave a presentation at the Ashmolean Museum on Hatra during which he proposed his ideas for improving Hatra’s protection by extending its buffer zone. He presented the changes in the site’s landscape over time and proposed several potential risk preparedness measures that should be taken to protect and enhance this UNESCO World Heritage Site.

He was also interviewed on BBC Radio 4’s Front Row programme to introduce the Mosul Book Bridge campaign for Mosul University’s Library and the support that he has received from the EAMENA team and the Nahrein Network.

Developing relationships and networks with local experts from the MENA region is a key criteria for the EAMENA project. Through collaboration, knowledge and skills sharing EAMENA will continue to highlight and support research like Dr Hamdon’s and critical initiatives like the Mosul Book Bridge. 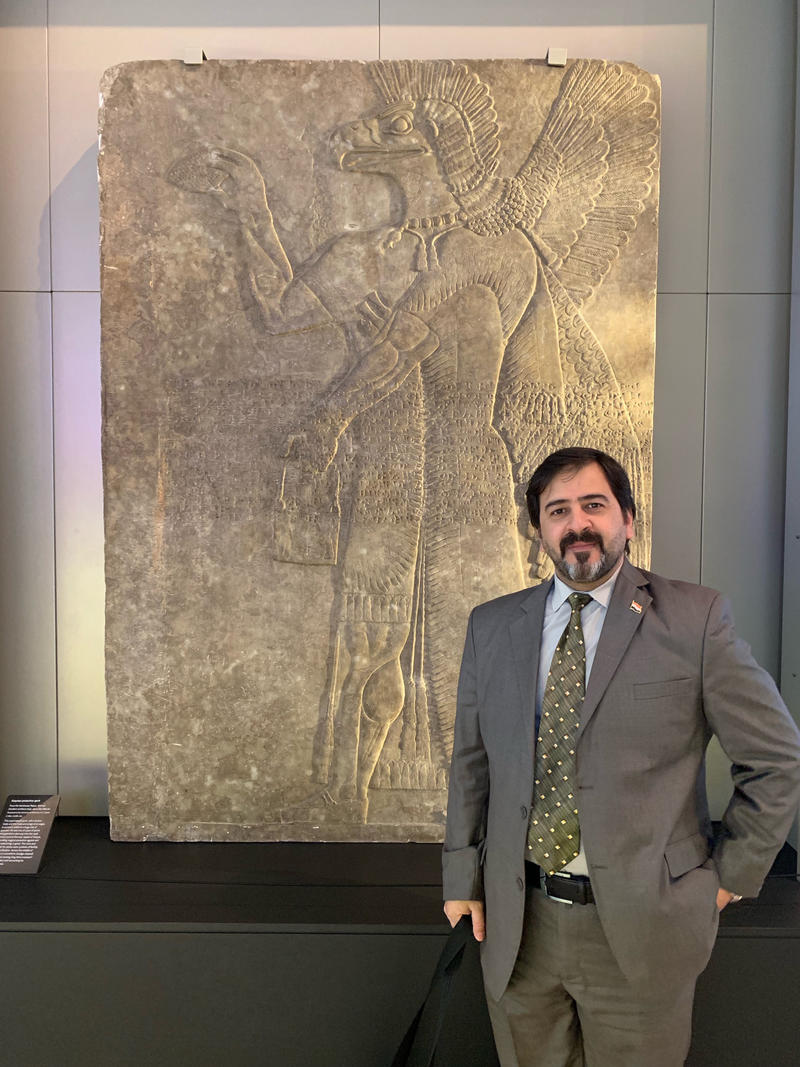